Why the Great Commission matters in theological education: A journey with Danny Akin

Below, [SEBTS] President Danny Akin narrates his journey toward increasing faithfulness to the Great Commission and shares why he believes theological education is best done from a Great Commission perspective.

God called me into the ministry on a mission trip, so there has always been a strong connection between missions and God’s call on my life.

Although I was saved at 10, I did not walk with him in surrender and obedience until I was 19. When I was 20, my church went on a mission trip to a Native American reservation in Sells, Ariz., to share the gospel with the Tohono Oʼodham people. We were there for a week, and we did vacation Bible school at First Baptist Church of Sells. We also traveled that week to host backyard Bible clubs in a village one hundred miles away where there was no running water or electricity.

It was on Monday night that week during an old fashion revival service that God called me into the ministry. Since then, my own call to ministry has always been connected to taking the gospel to underserved and unreached people.

When I came to Southeastern in 2004, a series of God’s kindnesses galvanized my resolve to see Southeastern become the Great Commission seminary that it is today.

The first of these kindnesses came in 2006 during my second year as President of Southeastern. There was a couple here named Richard and Gina Headrick. Every year, they went overseas to visit our 2+2 mission students. That year, Gina and Richard took Charlotte and me to six countries in 14 days. We went to Tibet, India, Bangladesh, Myanmar, Thailand, and Nepal. As I traveled from country to country, the massive lostness of the world gripped my heart. All those countries are 2% or less evangelical and are dominated by the idolatry of Hinduism and the teachings of Buddhism. It was truly overwhelming. The pervasive lostness of these countries was heartbreaking.

In God’s providence, the second of these kindnesses was when he called two of my four sons to move overseas for a time. When Timothy, my youngest, was here in college, Zane Pratt, who was a missionary in Turkey, came to chapel and shared that he had a position for a single man or a young couple. He needed a football coach to help him with his American-style football team and with outreach in Istanbul. Tim came home one day and said, “Anna and I are going to the mission field.” So, Timothy went to Istanbul for over two years.

Soon afterwards Paul, my second youngest son, followed through on a call to missions that had been growing in his heart for several years. He came to SEBTS with his wife Kari and entered our MDiv program in international missions. They eventually wound up moving to Nairobi to work with Somalian refugees. Both Timothy and Paul later reminded me that I had often told them when they were little, “As long as you are serving Jesus, it does not matter to me what you do when you get older.” So, they both moved overseas to serve Jesus, and I could not have been more pleased.

When your kids and grandkids relocate, you will often go places you would not have likely gone otherwise. So, we went to Istanbul multiple times, and we went to Nairobi before Paul and his family had to leave and were transferred to Jordan to work with Palestinian refugees. As I went on these trips, I kept witnessing the staggering lostness of the world and perceiving the need for an increased gospel presence and witness among the unreached. I realized this is what our seminary ought to be giving its heart to. Did that mean that every student at Southeastern would need to be a career missionary? No. However, I knew every one of our students should care deeply about our missionaries and about the staggering lostness of the world. All of our students need to be Great Commission Christians.

The third kindness of the Lord — the Great Commission in Scripture — had been in front of me all along, though during this season it gripped my heart with a new sweetness and strengthened my resolve to champion the Great Commission of King Jesus. If you accept the longer ending of Mark, the Great Commission is found in all four Gospels and the book of Acts. It is in Matthew 28, Mark 16, Luke 24, John 20 and Acts 1. If God says something once that should be enough for us, and when he says it five times, we should pay really close attention!

I realized if the Great Commission matters to God, then it ought to matter to us as well. So, I resolved that we were going to be a Great Commission seminary, and by God’s kindness, the whole administration and faculty immediately locked in on this mission.

When we went on our next executive team retreat, we spent time honing Southeastern’s mission statement. After a day and a half, we settled on something we thought people could remember — a mission statement that clearly said who we are: “Southeastern Baptist Theological Seminary seeks to glorify the Lord Jesus Christ by equipping students to serve the Church and fulfill the Great Commission.” We realized that is who we are, and it became our vision and mission going forward.

The importance of a Great Commission vision

I believe that Matthew 28:19-20 is Jesus’s final marching orders not only for his 11 disciples but also for the Church — for us. Last words are lasting words. In each of the four Gospels and Acts, Jesus told us what was on His heart, so His Great Commission should be on our hearts too. We do not have to wonder what we should be giving our lives to because King Jesus has already commissioned us. If we are to take His Great Commission seriously, it cannot simply be a side task for us. The Great Commission should pervade and orient everything we do. For Southeastern, that includes theological education.

Strikingly, the task of theological education is embedded in the very language of the Great Commission. What we primarily do at Southeastern is make disciples, teaching them to observe all that the Lord has commanded. This means teaching his word and helping our students think biblically and develop a Christian worldview. I believe our students are better equipped to serve the Church and mobilize churches to fulfill the Great Commission because they think like Great Commission Christians in whatever they are doing.

So, how will you intentionally develop a Great Commission vision for your life? Are you willing to let the Great Commission orient everything you do? At Southeastern, we are training men and women to do just that — to surrender their lives to God’s mission in the world and prepare themselves for that mission with biblical, theological, and ministerial education. It would be our joy to partner with you and equip you to serve the Church and fulfill the Great Commission wherever God calls you.

(EDITOR’S NOTE – Chad Burchett is a writer for the SEBTS office of communications.) 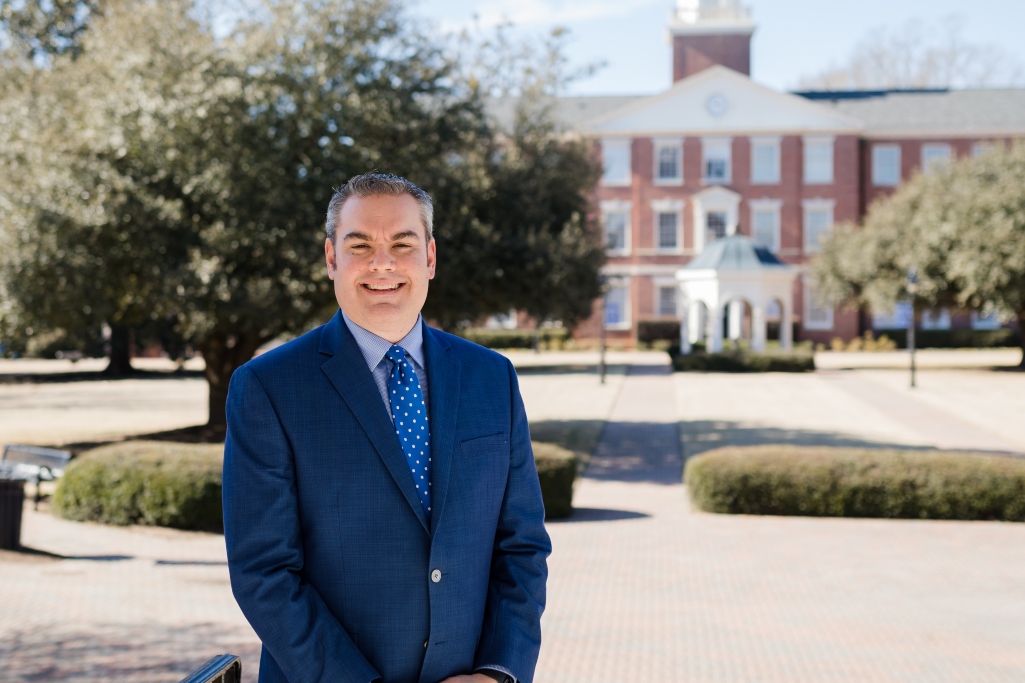