A movement of churches on mission together

There’s a leadership maxim that I believe is true: “When you are tired of saying it, people are just starting to hear it.” The vision I have shared multiple times in multiple places with multiple people is that as your next executive director-treasurer, I pray our state convention will be a movement of churches on mission together. What does that mean? Let’s unpack the phrases.

We will be a movement. God’s Word says the gospel is advancing. In Revelation 5, we see that God is bringing people from every tribe, tongue, people and nation together around the throne to say “Worthy is the Lamb who is slain!” As we look forward to that day, we are going to be a movement. God’s kingdom is coming, on earth as it is in heaven. So let’s ask the question, “Why not in North Carolina, as it is in heaven?”

We will be a movement of churches on mission. There are a lot of good things that we could do as a convention, but we are going to be about the Great Commission. As we go, we are to make disciples of all nations, baptizing them in the name of the Father, the Son and the Holy Spirit, teaching them the words and ways of Jesus. Thousands of people die every day in North Carolina without knowing Christ. More than 150,000 people die every day around the world without ever having heard the name of Christ. Jesus said that the gospel would be preached to all nations, and then He will come again. N.C. Baptists, what if we could usher in the return of Christ in our lifetime by taking the gospel to all nations?

We will be a movement of churches on mission together. The word “together” is not a word that I would use to describe our culture or any aspect of our society in 2021. And there are even lots of differences among our churches. But on the night before Jesus gave His life for us, He prayed that we would be one. He said that the world would know that we were His disciples by the way we love one another. The Apostle Paul says we are to make every effort to be one. While we can acknowledge our differences, we should not let them divide us. Our mission must be our priority.

A movement of churches on mission together. That’s who we are going to be as N.C. Baptists. We are going to be a convention that reaches all peoples to worship. We will stand on the authority of God’s Word and the exclusivity of salvation by grace through faith in Jesus Christ alone. We will be fueled by prayer, which must be our primary strategy.

Every church has a role in the kingdom of God, because in God’s economy, there are no small churches, only one, big Great Commission. Will you join the movement? 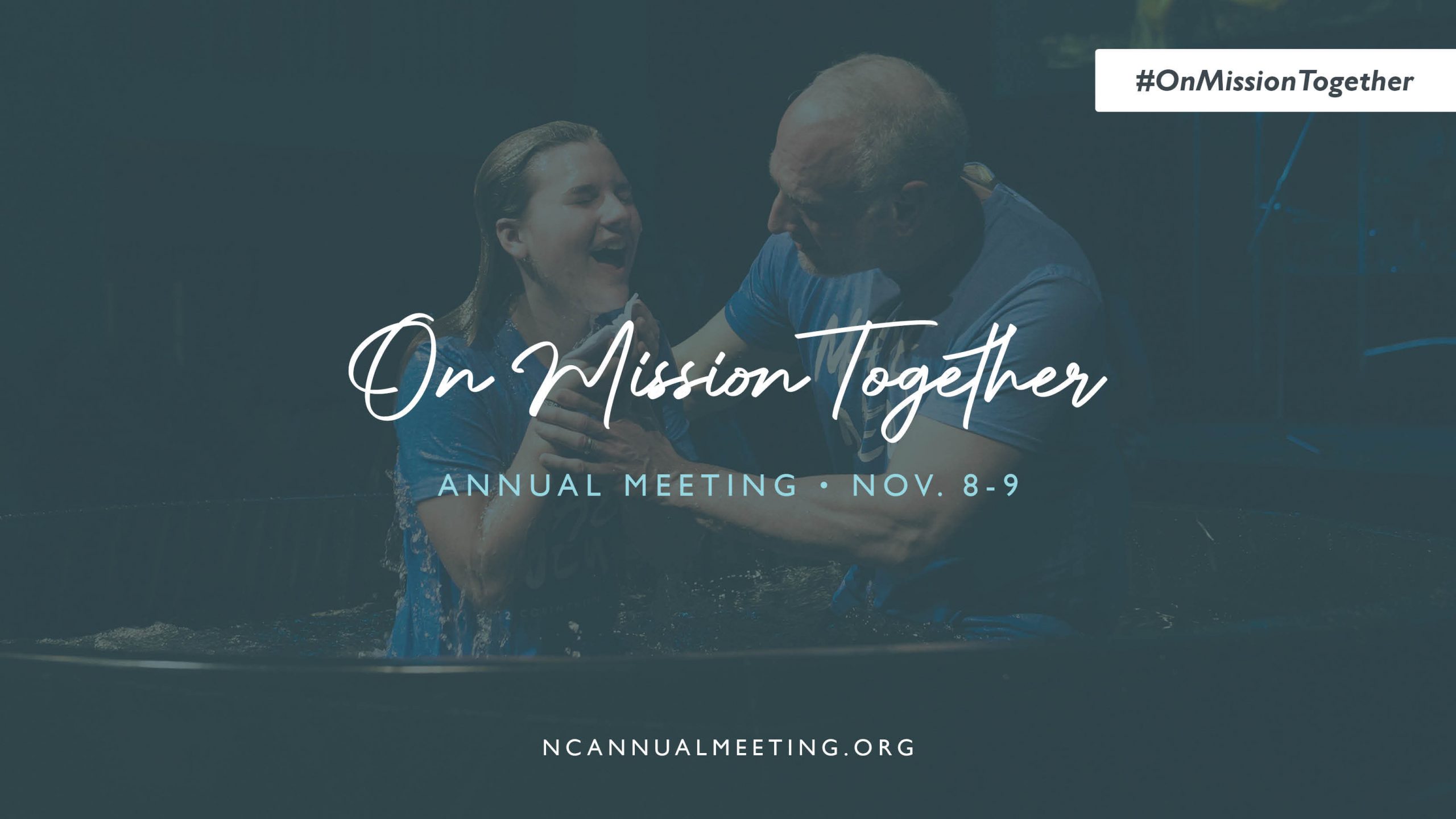 Annual meeting to celebrate being ‘On Mission Together’