WAKE FOREST, N.C. – As a teacher, consultant and preacher, I talk to groups for a living. In fact, I’ve been a student of public speaking for more than 30 years. I’ve learned by studying in the classroom and by simply listening to others. Too often, I’ve learned the hard way by making my own mistakes.

On a positive note, I have seen that it’s possible to exercise leadership from the public platform. A well-timed, well-delivered address can rally the troops, strengthen the team, and compel them toward excellence. On the other hand, I’ve seen (and exhibited at times, I’m sure) some mistakes in public speaking. Here are a few of those.

1. Not knowing the audience. Speaking to teens is not the same as speaking to senior adults. Communicating with a gathering of relationship-oriented non-Westerners is different than speaking to a group of Western businessmen. Most speakers have some sense of the importance of audience analysis, but understanding analysis and acting on it are two different matters. I’m amazed by the number of speakers I invite to different venues who never ask about the intended audience.

I understand that humility may be the driving force behind these kinds of statements. Nevertheless, don’t be surprised if the audience is uninterested after you’ve told them you’re unexciting, unprepared and/or unqualified. Let your hearers make that assessment without your help. They might find you engaging and enlightening.

3. Boring the audience. Here’s the difficult part with this mistake: only once have I ever met a boring speaker who knew he was boring (and he was forced to admit that after he fell asleep during one of his own lectures!). It would not hurt us to have friends who evaluate our speaking and critique us honestly. Good training and increased passion can help overcome a boring style, but not if we fail to recognize the problem in the first place.

4. Using irrelevant stories and illustrations. Much of the world learns best by stories and illustrations, so using stories is a significant communication strategy. Watch an audience when you begin to tell a story or use an illustration; often, they will lean forward, almost as if they are closing the space to hear better. The speaking strategy thus opens the door to effective communication. If, though, the story itself lacks relevance – like using automobile illustrations when speaking to urban poor who never owned a car – the technique loses its force. Again, knowing the audience matters.

5. Assuming audience application. Public speeches have different purposes. Some inform, and others convince. Some simply address a special occasion. Many public speeches, though, are intended to lead the hearer to do something. Support a candidate. Give to a cause. Adopt a belief. Accept a decision. Join the team. Celebrate a victory. Change a lifestyle. The problem is that speakers often fail to state clearly what they want the audience to do. Instead, they assume the hearers will listen intently, naturally connect the dots, and then respond appropriately. A lack of specific instruction from the speaker then results in a lack of intentional application among the hearers.

6. Ignoring time parameters. Seldom are speakers given open-ended time slots for speaking. Most often, we have an established time period that fits neatly into the organization’s overall plans and goals. To ignore those parameters is not only disruptive to the schedule; it is inconsiderate at best, arrogant at worst. Finishing within the allotted time shows respect, and it might even strengthen our speaking by demanding brevity.

7. Neglecting continued improvement. I suspect the more we speak, the less we see a need to improve. Perhaps we subconsciously convince ourselves that practice really does make perfect. There is little question that speaking regularly can make us more comfortable with the task, but actual improvement is not always the result. Growing as a public speaker requires an intentional strategy for improvement. 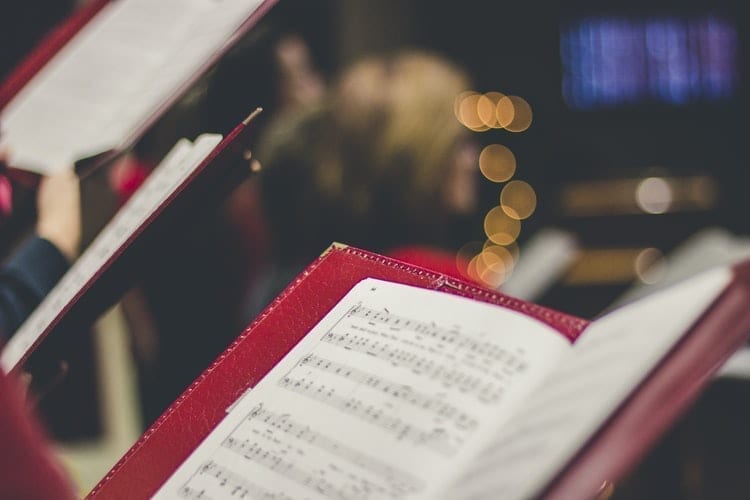 Which advent is in view in ‘Joy to the World’?