After the election: where do we go from here?

On November 7, I received devastating news. Lady Liberty, the mother who raised me and gave me the freedom to be what I am, was declared terminally ill. I knew moral decay was spreading throughout her borders like cancer, but many of us were fighting with every breath to save her. Half of the country is in mourning and unbelievably, half is celebrating – leaving a nation divided.

Those who fought bravely to save her included many patriots over the years, many pastors, and many of the faithful who fasted and prayed. Many Christian leaders of our day warned us about the seriousness of her affliction such as Billy and Franklin Graham, John Hagee, Mike Huckabee, etc., yet many did not heed their warnings. Many pastors preached on the biblical issues and held prayer vigils. We can say, “We did what we could.”

The cause of her imminent death

Yes, hard to believe, a majority of Americans voted for a platform that stood against traditional marriage, the sanctity of life, freedom, Israel, and taming our looming deficit. In addition, three states approved gay marriage (total of nine), and two states approved the legalization of recreational marijuana.

It’s unprecedented that a president who has increased the unemployment rate, escalated the deficit, weakened our presence and military, and openly stood against the foundation of this country, could stand against the experience and character of a man known for saving failing corporations, Mitt Romney. Francis Schaeffer once said, “The media controls the culture.” In a day when PEW research reports that 80 percent of our journalists are self-professed liberals, we now have a biased media determining the outcome of elections. Barack Obama is reelected with no future election or reliable media to hold him accountable. For a Lady birthed in biblical principles, this was the final blow that destroyed her defense system.

Excuse me while I mourn

It was difficult for me to get up Wednesday morning as the devastating news engulfed my body. I grew up in the halls of power and her monuments, engraved in tribute to God, were my playground. So excuse me while I mourn the eventual loss of this Lovely Lady. When she breathes her last breath, it will grieve me to the core. It will be painful to watch her slowly die as our freedoms are stripped little by little.

As more liberal judges are appointed, more illegal’s invade our borders, more citizens become dependent upon her breasts for their sustenance, more trillions are added to the national debt, more executive orders are signed, and more scandals are swept under the rug with no accountability to the people or scrutiny by the media, there is no hope for Lady Liberty. She cannot be saved – except by God Himself. We must pray for that miracle.

In September, I spoke to over 2,000 faculty and students at Charleston Southern University (CSU) about the importance of family, faith and freedom. Afterwards, I had the privilege of meeting with student leaders. One of the leaders asked, “Mrs. Brant, you said God is sovereign over all things. Do you think He might allow our current president to be reelected to bring hard times to America and persecution to the church?”

My response was clear, “I’m praying not, hoping not, and trying to prevent that. But if it does, I will know God has a greater plan. The church has always grown more through persecution than prosperity – forcing us to match our walk with our talk.” This student was much wiser than his years.

It’s a new day. The people have spoken. This is not about two men, for our presidents are merely a reflection of our culture and how we are changing. In this case, it’s more about us as a nation. It’s about reaping what we sow.

We’ve fallen for the delusion that government control can solve all of our problems and Lady Liberty can never die. As Joseph Tson, a pastor from the underground church in Romania warned us, “Communism looks good, but it tastes horrible.” And we’re foolishly embracing it when it’s never proven successful.

We’re a country addicted to debt. Just the idea that electing candidates who would prevent or postpone our dive over a fiscal cliff, was clearly out of our comfort zone.

Afraid of the pain of withdrawal, we decided to ignore the problems and continue driving over the cliff at full throttle. True, the election of Mitt Romney would bring hardship and withdrawals pains, but that’s the price of addiction. Everybody would have to suffer for her to become healthy again. No man could have done it alone; it would have taken the Hand of God. We have lost our way and our common sense.

Does God have a woodshed?

The nation Israel went through seven cycles of apostasy in Judges. As they turned from God, He sent prophets to warn them. When they did not turn back, He sent an oppressor. When the pain and pressure became unbearable, they would cry out asking forgiveness, and He restored them. History reveals one oppressor was Babylon.

In many ways, we emulate Israel. Our nation was founded on Biblical principles and God has been a part since her beginning. As we continue to remove Him and His principles, He warns us. When those warnings fail, He lovingly disciplines to restore us. In the South we call that taking someone to the woodshed. We don’t have to be taken into exile; our woodshed could be our own backyard. President Obama could be our Babylon – that oppression used by God to bring us back to Him. If we pray for our president and country as the Bible commands, God could change our hearts and even his heart.

God has a plan

While driving this morning, I saw the sun rise over the lake. Its rays were extraordinarily bright and blinding as its fingers reached across the horizon. God was speaking. He was reminding me HE MADE THAT SUN. HE HAS A PLAN. HE WILL NEVER LEAVE US AND FORSAKE US. Yes, as I told those CSU students, HE IS SOVEREIGN.

Our prosperity and our freedoms have distorted our dependence upon God. As those in the underground church in Romania, China, and the Middle East have taught us, we must learn to live totally by faith and not by sight. We must be purified as the Romanians who emerged from the underground church. In China, I discovered nearly 10 percent of their population was in the underground church. Oh, God can’t be limited by freedoms or the lack thereof. He won’t be confined in a box. I even met believers in the Middle East who had the joy of Jesus in their hearts. Although our religious and earthly freedoms may become limited, no one can ever take our freedom in Christ.

Many have fought to preserve the freedoms of this country. I genuinely desired our nation continue to be the beacon light to the world and an ally to Israel. But God may have other plans. We are limited in our knowledge and understanding. Maybe God wants to show Israel, He ALONE can save her. Maybe parts of Africa will be the next great countries to carry the gospel to a lost world. Maybe He wants to show us ONLY He can save us – if we would turn back to Him.

A reminder – our one true hope and home

We cannot stop the movement towards a one-world government, which shows the end is near. We must remember, this earth is not our home – we’re just passing through. We’re part of an everlasting Kingdom that will never end. Our one true hope is Christ and our real home is Heaven. The demise of Lady Liberty is more spiritual than political, and we need a spiritual revival in this nation. It is the only cure that can reverse her cancer and moral decay.

The challenge, our mission

“The world is a sinking ship. Our job is not to save the ship, but to get people off the ship, before it goes down.”

The ship has so many holes; she’s barely afloat. Our true mission is to be salt and light to a world in darkness. As God burns off the dross in our lives through hardship, many positive things will happen. We will experience: evangelicals cooperating for the gospel, God’s Word nourishing our hungry souls, prayers bringing us closer to God’s heart, hymns soothing our depressed souls, and our roots growing deep. We may finally learn how to walk by faith, not by sight. And we’ll live with an eternal perspective, yearning for our heavenly home.

So what are you doing to get people off the ship before it goes down?

(EDITOR’S NOTE ­– Ginny Dent Brant is a writer and speaker who grew up in the halls of power in Washington, D.C. Her book about her spiritual journey with her father, Harry S. Dent, Sr., Finding True Freedom: From the White House to the World was released in 2010. She is a former trustee of the International Mission Board of the Southern Baptist Convention. Ginny and her husband Alton live in Clemson/Seneca, SC. More info at www.ginnybrant.com.) 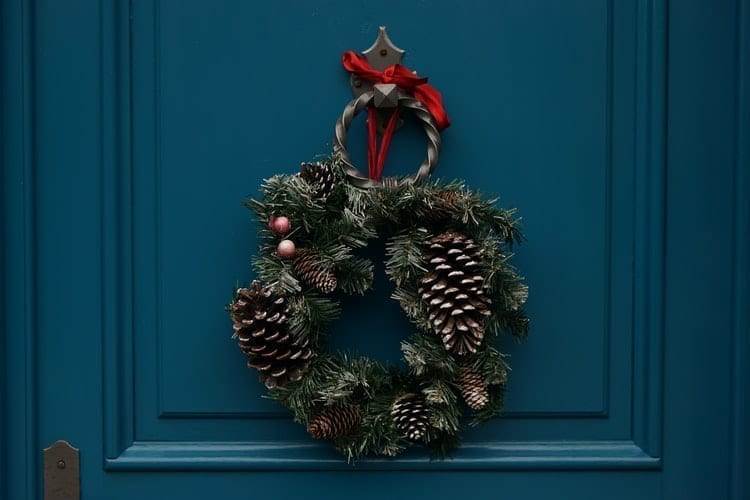