America again is a ‘House Divided’

ALEXANDRIA, La. – Of all of Abraham Lincoln’s speeches, perhaps the most significant was delivered on the evening of June 16, 1858. Likely one of the least known of Lincoln’s oratories, his “House Divided” address is believed by many historians to be a speech that changed the course of history.

More than a thousand Republican delegates had gathered in Springfield, Ill., for the Prairie State’s Republican state convention on June 16. That afternoon, those in attendance chose Lincoln to be their party’s candidate for U.S. Senate against Democrat Stephen A. Douglas.

That evening, just over 155 years ago, Lincoln delivered an address to his Republican colleagues that remains as pertinent today as it was when first uttered. The title reflects part of the speech’s introduction, “A house divided against itself cannot stand,” a concept familiar to Lincoln’s audience as a statement by Jesus recorded in all three synoptic Gospels.

For those who study the historical context of the life and times of Lincoln and the United States, the entire speech is worth examination. However, for those of us living in the current reality of America, the following few lines of Lincoln’s address are most apropos:

“‘A house divided against itself cannot stand.’

“I believe this government cannot endure, permanently half slave and half free.

“It will become all one thing or all the other.

“Either the opponents of slavery will arrest the further spread of it, and place it where the public mind shall rest in the belief that it is in the course of ultimate extinction; or its advocates will push it forward, till it shall become alike lawful in all the States, old as well as new – North as well as South.”

Simply put and easy to understand, Lincoln made it clear that he believed America was approaching a moment of truth when it would decide what direction it would go. It would either embrace freedom for all citizens or it would allow for some to be enslaved.

It was Lincoln’s understanding that America could not be divided. If the U.S. were to cease to be unified, she would cease to exist. The truth articulated by Jesus, Lincoln believed, was universal, immutable and eternal: Divided houses cannot and will not stand.

It took a bloody civil war, but America emerged and united around a consensus belief that slavery was immoral. It has taken time, but the United States has matured further and the consensus now agrees with the sentiment famously expressed by Martin Luther King Jr. that a person should be judged by the content of his or her character and not the color of his or her skin.

While America has made great strides in the area of race equality, it has shown significant division in recent years over other issues like abortion, homosexuality, illegal immigration, religious freedom, the economy and the nature of government, among others.

With every election – state and federal – America inches closer and closer to a moment of truth. Many U.S. citizens do not believe elections matter. They are quite simply wrong.

Elections have consequences. Those we elect are the thermostats for our society. For good or for ill, they are leaders. They set the standard for what will be the moral criterion for the culture.

Division is currently the legislative order of the day. Eventually, however, division will no longer be an option. Not on the most significant issues. Divided houses, as Jesus observed, do not stand.

The current consensus in America seems to leaning toward a nation that finds it acceptable to kill a pre-born baby at any point of its development in its mother’s womb, and perhaps even after it is born.

Additionally, the consensus in the United States also seems to be carte blanche when it comes to issues of sexuality. Anything goes: homosexuality, bisexuality, trans-sexuality, ad nauseam. If anything goes, then what will be the next behavior deemed acceptable?

There is a debate over what will be the consensus concerning illegal immigration. Make no mistake, the debate is not over people coming to America through legal means; it is over how to approach those who are in our country as a result of breaking the law.

Also being debated is the future consensus concerning the First Amendment and its protections of the freedom of speech and religion. Will they be as long held, or will consensus alter both? Will what’s in the best interest of the masses or special groups trump individual liberty?

The consensus concerning America’s economy has long been that free-market capitalism afforded the most people the best opportunity for financial progress. What many have accepted as self-evident is now a subject for debate.

And, of course, the nature of government also is regulated by consensus. For much of America’s history, a government that restrained itself was preferred. Now, it seems, the consensus appears to be listing toward a bigger government being a better government.

America will likely not stay divided but will move toward embracing a consensus on the significant issues that face society. As we do, consequences will emerge for future generations.

During the onset of the Civil War, Confederate forces were victorious in many of the battles. During this time, a man wrote President Lincoln and asked whether God was on the side of the Union. Lincoln replied in part, “Sir, my concern is not whether God is on our side; my greatest concern is to be on God’s side, for God is always right.”

Sharp division over the salient aspects of society cannot go on forever. Debates must eventually be resolved one way or another; divided houses don’t stand. America will be blessed if, and only if, she embraces a consensus that places her on God’s side on the significant issues of the day. 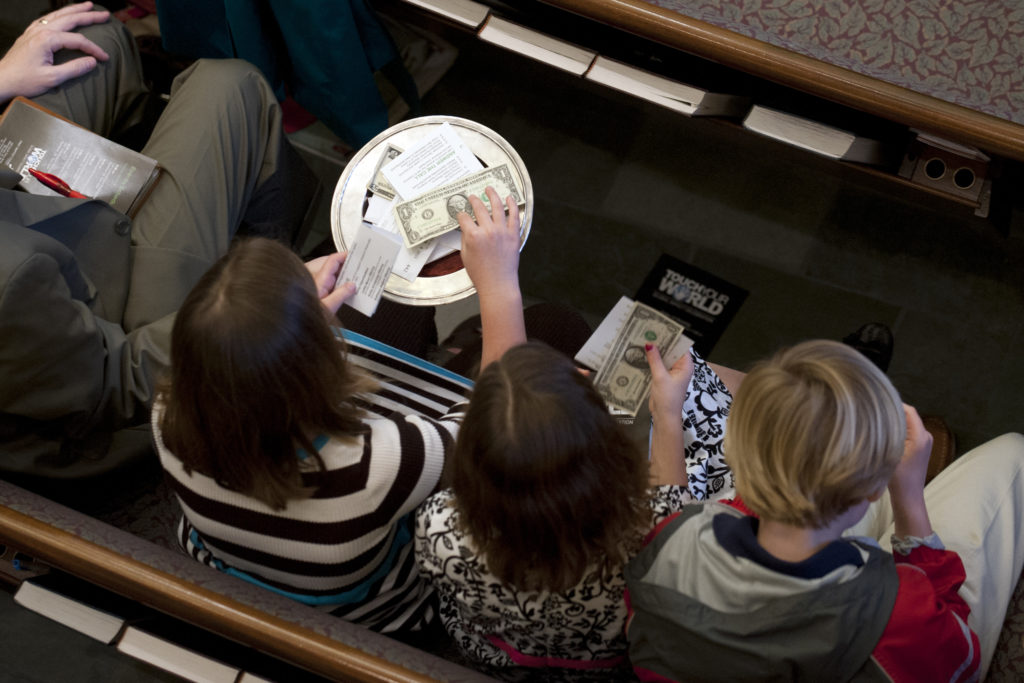