NASHVILLE – Mormonism is something we cannot escape right now. We are in a “Mormon Moment” thanks to the candidacy of Gov. Mitt Romney. Southern Baptists need to address this moment with truth and grace.

Richard Land, president of the Ethics & Religious Liberty Commission, is seldom subtle, speaking boldly and clearly about what he believes. We’ve agreed many times and disagreed a couple. Though I might nuance it differently, I think Southern Baptists would do well to consider his words in the Washington Post, “I wouldn’t call [Mormonism] a cult but it claims to be Christian and isn’t. Its theology is like a cult but socially and culturally it doesn’t act like a cult…. They don’t withdraw, they don’t live in communities and they’re not like Jehovah’s Witnesses or James Jones.”

Land is right to point out the difference. He did not deny that Mormonism is theologically a cult, but he did imply a difference between a “theological cult” and a “sociological cult.” That’s a helpful distinction that, current discussions aside, is the view taught at almost all SBC [Southern Baptist Convention] seminaries.

Furthermore, Mitt Romney is right. At Liberty University he spoke about people of different faiths, “your faith and mine.” Yes, those words were certainly chosen to assure evangelicals, but it hit the right tone – Mormonism is a different faith or religion. Three out of four Protestant pastors (and it’s higher for evangelicals) agree Mormons are not Christians.

The problem is that most Mormons want to use the Christian label without believing biblical, Christian theology.

The obvious question is, how divergent can your views be and still be a part of a faith group (in contrast to forming a new one)? Can you believe, for instance, that Muhammad is not the prophet and still call yourself a Muslim? The vast majority of Muslims would say you cannot. For Christians, calling yourself a Christian while not believing God has always existed as the triune Father, Son and Holy Spirit is just as inconceivable. That’s what Mormonism does. It’s not a Christian denomination. It is a different religion.

In some ways, Mormonism is to Christianity what Christianity is to Judaism. Christianity took basic beliefs from Judaism, but from their perspective added another testament and doctrines that did not match the original. To Christians, our faith is naturally connected to and a product of Judaism, rightly understood. To Mormons, their faith is the natural completion of Christianity, restored and rightly understood. Ironically, Jews don’t call us a “theological cult,” though I guess from their point of view, they could. As such, Mormonism is a theological cult of Christianity, in the same way that Christian Science and Armstrongism are.

Yet, for me, I have one recurring passion – one not-so-secret agenda – to get people to live on mission, evangelize their neighbors, plant churches and send missionaries. It’s not about politics for me, but about the gospel. As such, my concern is to reach Mormons, not just label them, so I don’t lead with words like “cult” because the term simply does not carry a theological meaning to most people. For most, they think of a compound in Waco, Texas, or Jonestown, Guyana, but that’s not Mormonism. As I’ve said, it is more helpful to talk about Mormonism as a different religion, as we do Islam or Hinduism, and to share the true gospel with Mormons accordingly.

As such, my suggestion is simple. Do what the North American Mission Board (NAMB) does and says.

– First, be unapologetic in saying that Mormonism does fit the definition of a theological cult. (I agree, and I was surprised to see that I was the only one who said so in an article that appeared in places like the Salt Lake Tribune.) I am thankful NAMB has not deleted that reality from its website, even when it is being scrutinized in this political season.

– Second, take a more winsome tone in evangelism and public conversation, in your words and your tone. To do so, learn about Mormonism. Phil Roberts and Tal Davis have helpful resources available at the NAMB website.

– Third, engage in public conversation and in private witnessing in a respectful way, caring more about people than scoring points. Talk about the true gospel. Don’t be afraid to explain there are false gospels, but show the love of Jesus to your Mormon neighbor and to the world watching how you deal with that neighbor.

I hope Southern Baptists, and particularly SBC pastors, will love their Mormon neighbors enough not to blur the lines, and see Mormonism as simply another denomination which, it appears, is the current Mormon desire.

For example, you can correctly proclaim that your divorcing neighbor is an “adulterer.” You can do so with the confident Baptist grin that often comes with such pronouncements, because you know you are right. You may feel better that you stuck it to her and stood against the cultural tide, but people around you will think you are angry and unloving, and you will be less likely to reach her (and others watching) for Christ.

So what is my advice for being on mission during this “Mormon Moment” and beyond? When we are setting out to theologically define religions, we should call it what it is – a theological cult. But if you want to reach people (particularly Mormons) for Christ, then drop the cult language as your starting point.

As with your divorcing neighbor, it is your call. The terms are technically correct. However, my suggestion is simple. Consider the words of Richard Land, follow the lead of NAMB and find a truth-and-grace filled Southern Baptist plan. 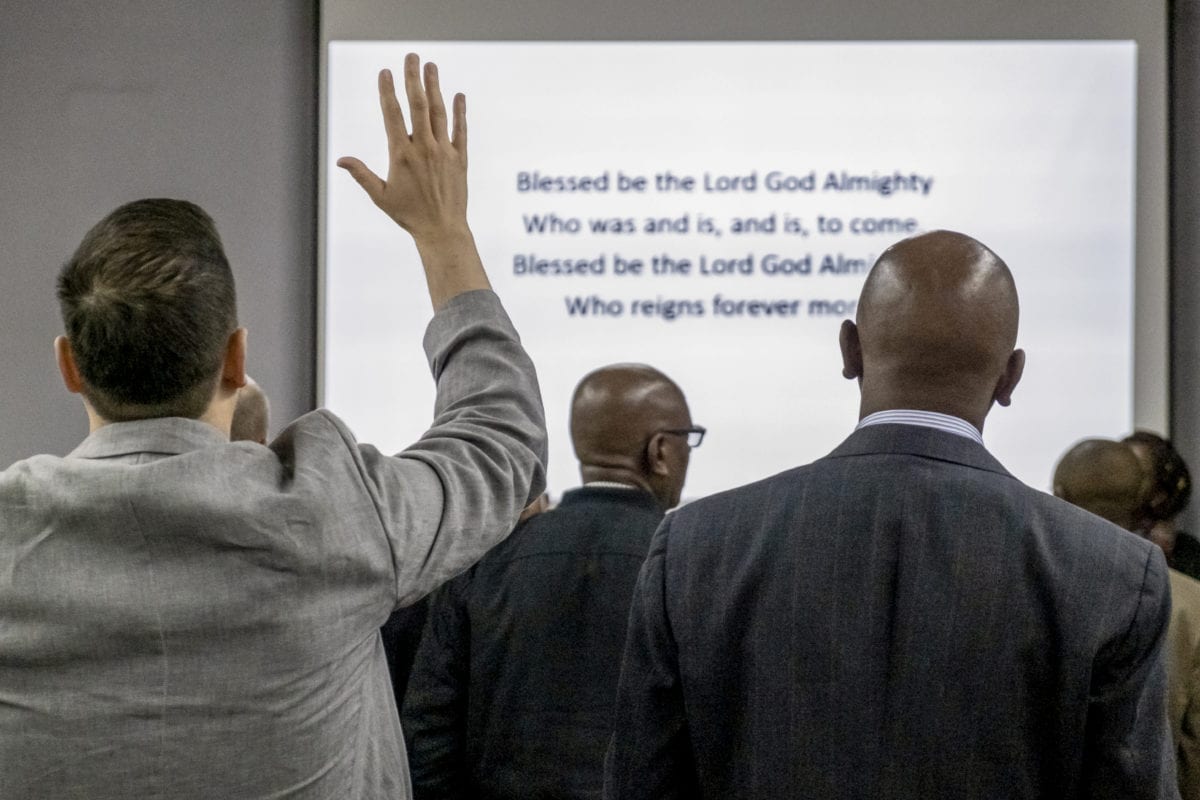 Preparing for revival through leadership accountability