Atheists in the pulpit – the sad charade of the Clergy Project

LOUISVILLE, Ky. – “It is hard to think of any other profession which it is so near to impossible to leave.” That is the judgment of Richard Dawkins, perhaps the world’s most famous living atheist, as he welcomes unbelieving pastors to join the Clergy Project, a group designed to help unbelieving pastors make their way out of the ministry. Apparently, some are not moving out very fast.

Dawkins explains that the Clergy Project “exists to provide a safe haven, a forum where clergy who have lost their faith can meet each other, exchange views, swap problems, counsel each other – for, whatever they may have lost, clergy know how to counsel and comfort.” Dawkins, who once held one of the world’s most coveted academic posts, has now reduced himself to addressing small gatherings of atheists and celebrating a motley crew of pastors who have abandoned the faith – even if some have not abandoned their pulpits.

The Clergy Project’s own statement is even more blunt, describing itself as “a confidential online community for active and former clergy who do not hold supernatural beliefs.” Most people, believers and unbelievers alike, are no doubt in the habit of thinking that the Christian ministry requires supernatural beliefs. That assumption is what Richard Dawkins and the Clergy Project want to subvert. More precisely, they want to use the existence of unbelieving pastors to embarrass the church and weaken theism.

On Aug. 26, The New York Times Magazine told the story of Jerry DeWitt, once a pastor in DeRidder, La., and later the first “graduate” of the Clergy Project. He is now the executive director of a group known as Recovering from Religion, based in Kansas. DeWitt told the magazine of his struggle as an unbelieving pastor. “I remember thinking,” he said, “Who on this planet has any idea what I am going through?”

As the story unfolds, DeWitt tells of being the pastor of a Pentecostal church. What readers will also discover, however, is that even by the time he assumed the pastorate, DeWitt “espoused a more liberal Christianity.” Though he never earned a college degree, he educated himself by reading authors such as Carl Sagan, an atheist astronomer, and Joseph Campbell, a proponent of the mythological. Later, he read Christopher Hitchens and Richard Dawkins, key figures in the New Atheism. By the time he had read Dawkins and Hitchens, “even weak-tea Christianity was becoming hard to follow.”

When he found that he could no longer pray for his own parishioners or preach a coherent message, DeWitt resigned, preaching his last sermon in Cut and Shoot, Texas in April 2011. Now he travels the country organizing Recovering from Religion local chapters and working with the Clergy Project.

The magazine also told of Teresa MacBain, once a Methodist preacher in Tallahassee, Fla., and now another trophy of the Clergy Project. The magazine simply states that MacBain “resigned from her pastor’s position in Tallahassee and went public as an atheist.” That is a very strategic example of under-reporting the story. As National Public Radio reported, MacBain first told just about everyone but her church of her atheism.

“I am currently an active pastor and I’m also an atheist,” she said. “I live a double life. I feel pretty good on Monday, but by Thursday – when Sunday’s right around the corner – I start having stomachaches, headaches, just knowing that I got to stand up and say things that I no longer believe in and portray myself in a way that’s totally false.”

Of course, she didn’t have to say such things at all. She could have resigned and spared herself and her church the hypocrisy. MacBain told NPR of her experience with mounting doubts, and then of her “eureka moment” when she realized, “I’m an atheist. … I don’t believe.”

On March 26, 2012, she stood before the American Atheists convention in Bethesda, Md. and told the 1,500 attendees, “My name is Teresa. I’m a pastor currently serving a Methodist church – at least up to this point – and I am an atheist.” As NPR reported, the crowd hooted and clapped for more than a minute.

NPR and The New York Times Magazine attempt to portray MacBain and DeWitt as victims. MacBain presents herself as unnerved by the fact that her church fired her and did not appreciate her declaration of atheism behind their backs at a convention hundreds of miles away.

The Clergy Project and similar efforts are rooted in a 2010 study undertaken by Daniel C. Dennett and Linda LaScola of Tufts University. Dennett is one of the major figures in the New Atheism. He argues that belief in God once served an important evolutionary purpose, but does so no longer. Religious belief, he argues, is a vestigial remnant of our evolutionary past that modern humanity must overcome. He is hardly a neutral and dispassionate observer.

Nevertheless, Dennett and LaScola conducted and published a study known as “Preachers Who Are Unbelievers.” In that study, a small sampling of atheist or unbelieving pastors was considered, along with five representative profiles. These pastors clearly are not believers, at least in any orthodox or recognizably Christian sense. They spoke openly and in considerable detail about their unbelief, with the ministers explaining how they had abandoned any confidence in biblical Christianity.

Why didn’t they just resign? Most shockingly, some openly spoke of losing their salaries as the main concern. So much for intellectual honesty.

Dennett and LaScola made a very interesting and important observation in their research report. They acknowledged that defining an unbelieving pastor is actually quite difficult. Given the fact that so many liberal churches and denominations already believe so little, how is atheism really different? In the name of tolerance, the liberal denominations have embraced so much unbelief that atheism is a practical challenge.

In the words of Dennett and LaScola: “This counsel of tolerance creates a gentle fog that shrouds the question of belief in God in so much indeterminacy that if asked whether they believe in God, many people could sincerely say that they don’t know what they are being asked.”

The Clergy Project gets to the point more concisely, defining its membership as “active and former clergy who do not hold supernatural beliefs.” Nevertheless, this definition suffers from the same problem. Many liberal ministers hold to no supernatural beliefs, but they also tenaciously hold to their pulpits without admitting atheism.

The Clergy Project is a parable of our times, but it is also a pathetic portrait of the desperation of many atheist and secularist groups. They are thrilled to parade a few trophies of unbelief, but do they really believe that these examples are serving their cause? They celebrate a former Pentecostal preacher with no education, who was already a theological liberal when called to his church, and who then educated himself by reading Sagan, Dawkins, and Hitchens. Seriously?

The Clergy Project is a magnet for charlatans and cowards who, by their own admission, openly lie to their congregations, hide behind beliefs they do not hold, make common cause with atheists, and still retain their positions and salaries. Is this how atheists and secularists groups intend to further their cause? They are getting publicity from the media to be sure, but do they think it will win them friends?

Ministers struggling honestly with doubts and struggles are in a different category altogether. Doubt will lead to one of two inevitable consequences. Faithful doubt leads to a deeper embrace of the truth, with doubt serving to point us into a deeper knowledge, trust and understanding of the truth. Pernicious doubt leads to unfaithfulness, unbelief, skepticism, cynicism and despair. Christians – ministers or otherwise – who are struggling with doubt, need to seek help from the faithful, not the faithless.

Christianity has little to fear from the Clergy Project. Its website reveals it to be a toothless tiger that will attract media attention, and that is about all. The greater danger to the church is a reduction in doctrine that leaves atheism hard to distinguish from belief. And the real forces to fear are those who would counsel such a reduction. 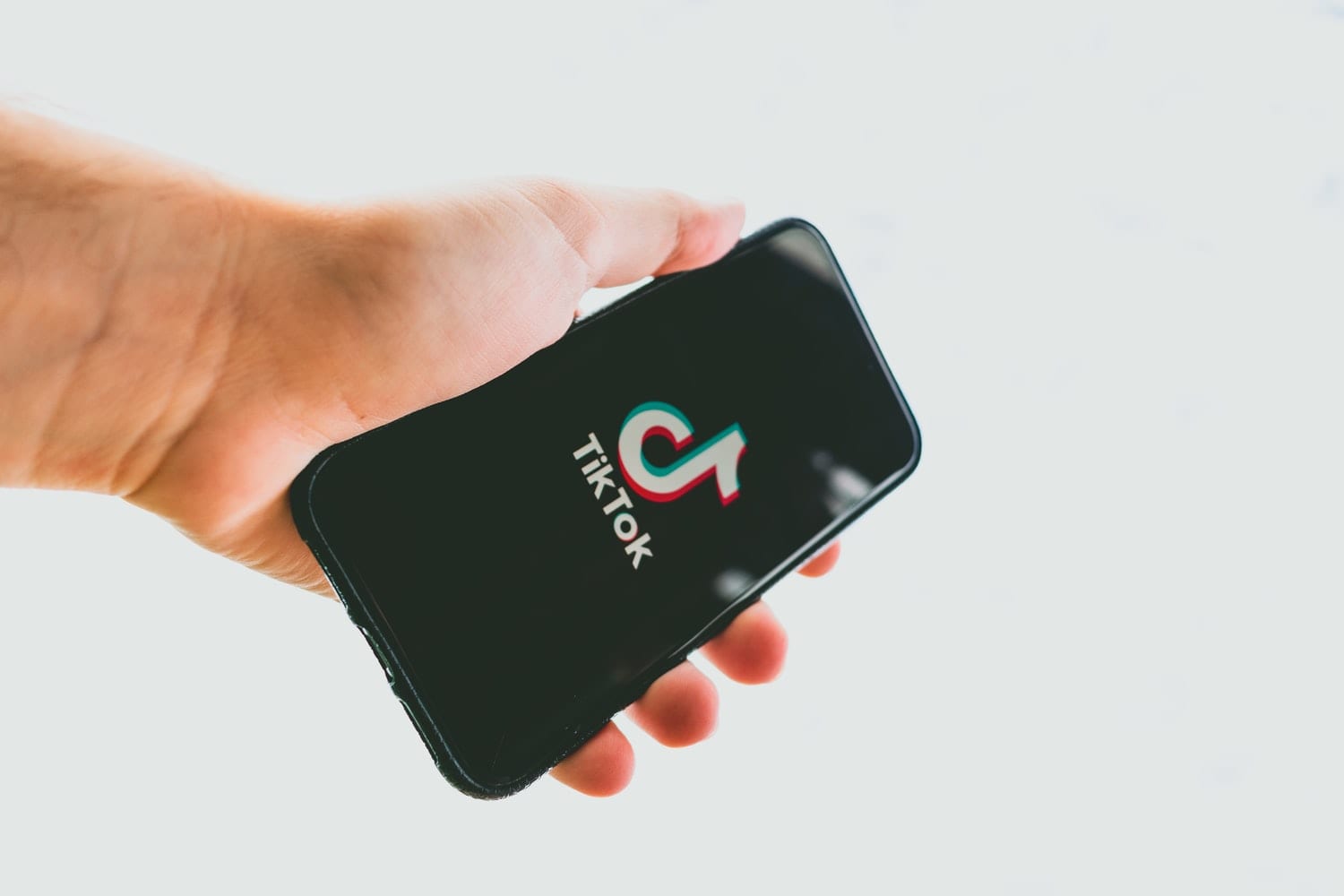 What’s the problem with China and TikTok?

Seeing Jesus in the Holy Land