Former NFL player’s offer of mercy rejected by most

ALEXANDRIA, La. – Most teenagers understand they need their parents for money, shelter and sustenance. Too many teens do not understand they also need guidance, discipline and correction. It seems there are also some parents who are utterly clueless concerning the latter issues.

A former NFL player is trying to impart a lesson about responsibility and forgiveness to a group of young people in Stephenville, N.Y. But it seems the parents of the teens are obstructing the valuable life lesson.

The second home of Brian Holloway, a three-time Pro Bowl player who starred with the New England Patriots from 1981-86, was broken into by teens over the Labor Day weekend and approximately 300 teens invaded for a wild party that included alcohol and drugs.

If the breaking and entering were not enough, the teens trashed Holloway’s home, causing $20,000 in damage. They broke furniture, put holes through walls, spray painted graffiti throughout the house, urinated on carpets and stole several items.

Holloway was alerted to the situation by his son who became aware of the destructive situation via tweets being sent by teens at the party. “I’m looking at these tweets,” Holloway told CNN, “and they’re saying, ‘I’m partying with the NFL.’ ‘I’ve never seen so much alcohol in my life.’” Holloway contacted police, but the damage had been done.

What is even more shocking than the behavior was the attitude the kids displayed in the midst of the melee. Judging by the tweets, they seemed to take pride in the drinking, drugging and destruction.

“I blew past furious to what’s important,” Holloway told CNN. “How do we save these 300 lives that thought this was a good idea?” The Christian, who is now a motivational speaker, began a campaign to hold the teens responsible for the damage.

Holloway also indicated he wanted to address the problem of teenagers using alcohol and drugs. “So, I used the same technology they did,” he told CNN. He compiled a list of names gleaned from the tweets and created a website called www.helpmesave300.com.

On the site, Holloway has posted many of the tweets along with photos the teens at the party posted on Twitter. Law enforcement is using the same information to identify those at the party. Most, if not all, of the 300 will be identified, CNN said.

“I want to thank the parents and community leaders that have taken a stand for these children’s futures; everyone deserves a chance to turn their life around.

“I’ve got some ideas:
“1. Could it be possible to turn this moment into a movement? Where the 300 students, with a new commitment to a bigger future actually became ambassadors to reach 3000 or maybe 30,000 other students? That would save a lot of lives.

“2. Would it be possible to have a group of parents and community members join with these students and the DARE program and MADD program to send another urgent message about the dangers of drinking, drugs, crime and violence? That would probably save lives.

“3. Suppose these students came together and created a voice of accountability and reconciliation that spread across the country with all the power and speed of social media? It’s happened before. That would definitely save lives.

“4. Suppose it was possible for the parents and students involved to determine the best consequences for what did occur? That could save the lives of their children and more. Like, why do I need to press charges? They can handle this, right? Or am I totally off my rocker, or totally soft on what did happen?”
Holloway’s website message indicates that he understands that teens make mistakes. He also would like to be redemptive, not involve law enforcement and allow parents to mete out their own corrective measures.

How was Holloway’s gracious offer received? Only one teen who attended the raucous free-for-all at his house showed up to help with clean-up and repairs. Several parents are upset with Holloway and have threatened to sue him for posting their teen’s tweets and pictures on his website.

“Parents are upset with me when their child was in my house … taking drugs, using roofies and drinking,” Holloway told CNN. “And they’re going to be upset with me?”

It is a shame that Holloway’s redemptive offer has been rejected. It seems the irresponsible teens who drank, drugged and destroyed have parents that are just as irresponsible as their children. The parents’ responses might even indicate why their children are the way they are.

The Bible makes it clear that parents are to discipline children and correct them when they misbehave. Whether this involves corporal punishment is up to the parents. Neglect correction and a child will become selfish, self-centered and spoiled.

“Discipline your son,” Proverbs 29:17 states, “and he will give you comfort; he will also give you delight.” Earlier in the same passage the Bible says, “A rod of correction imparts wisdom, but a youth left to himself is a disgrace to his mother” (Proverbs 29:15).

The teens who destroyed a man’s home and their parents were offered mercy. Brian Holloway only wanted them to take responsibility and perform restitution by helping repair what they’d damaged.

The teens’ parents rejected his gracious offer and even threatened to sue him. It seems Holloway cast his pearl of mercy before swine and they trampled it. They will now have to deal with the justice of law enforcement and reap what they have sown.

Pastor appreciation: Bless him, bless yourself 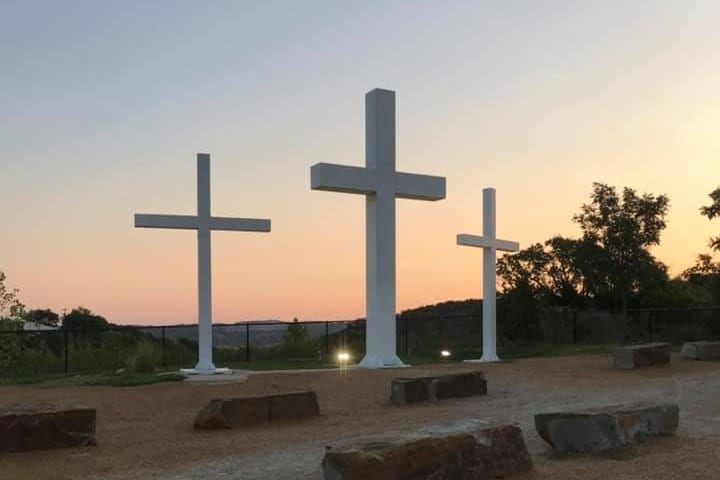