How were the books of the New Testament chosen?

LOUISVILLE, Ky. (BP) – Suppose that you became a Christian in the second century A.D. You’ve heard the story of a divine being who died on a cross and rose from the dead. Through baptism, you’ve openly identified yourself with His followers. Now, you want to learn more about this deity. Yet you quickly realize that some people who call themselves Christians” understand Jesus very differently from the Christians in your congregation. In fact, one nearby group that claims the name “Christian” also says that Jesus wasn’t actually a human being – he was a spirit that only seemed human!

How would you decide who was right?

As a 21st century Christian, the most reasonable reply seems to be, “Read your New Testament!” The problem is, most Christians in the second century couldn’t read. Even if you were one of the privileged few who possessed the capacity to read and write, you wouldn’t personally own a Bible. Your only “Bible” would have been found in an armarion – a specially constructed cabinet with niched shelves for scrolls and codices – that stayed in the house where your congregation most often gathered. The armarion would likely have sheltered a copy of the Greek Old Testament and perhaps a couple dozen other sacred scrolls or codices.

But it’s possible that not all of these texts would have been identical to the 27 books that you find in New Testaments today.

To be sure, the four Gospels, the Acts of the Apostles, Paul’s letters, and probably John’s first letter would have had a place in the armarion. But the cabinet could lack a few writings that your New Testament includes – the letter to the Hebrews and maybe Peter’s second epistle, for example, or a couple of John’s letters. A quirky allegory entitled The Shepherd might have made an appearance in your armarion. You might even find a letter or two from a Roman pastor named Clement.

Do you sense the dilemma that faced first- and second-century Christians? How did they maintain a clear and consistent faith in the shadow of so many competing claims? And who decided on the texts that we call the New Testament today?

The question isn’t whether God had any part in choosing the books; the question is, “By what human means did these texts come to be viewed as authoritative?”

“We are able to pinpoint the first time that any Christian of record listed the twenty-seven books of our New Testament as the books of the New Testament – neither more nor fewer. Surprising as it may seem, this Christian was writing in the second half of the fourth century, nearly three hundred years after the books of the New Testament had themselves been written. The author was the powerful bishop of Alexandria named Athanasius. In the year 367 A.D., Athanasius wrote his annual pastoral letter to the Egyptian churches under his jurisdiction, and in it he included advice concerning which books should be read as Scripture in the churches. He lists our twenty-seven books, excluding all others. This is the first surviving instance of anyone affirming our set of books as the New Testament. And even Athanasius did not settle the matter.”

Unfortunately, this summary spins the facts and leaves readers with several impressions that aren’t quite accurate – impressions such as that, until the late fourth century, there was no consensus at all about which Christian writings were authoritative, and that the church’s standard even then was the word of a powerful bishop.

So what’s the complete story? When and how did Christians agree on which writings were authoritative in their congregations? And was there any standard for these discussions beyond the decree of a respected leader?

The standard of who saw it firsthand
The primary standard for deciding which books were authoritative emerged long before the fourth century – and this standard was not the word of a powerful bishop. Hints of this standard can, in fact, be found in first-century Christian writings.

Long before Athanasius was even born, testimony that could be connected to eyewitnesses of the risen Lord was uniquely authoritative among early Christians.

Even while the New Testament books were being written in the first century A.D., the words of people who had actually seen Jesus – especially the words and writings of the apostles – carried special authority in the churches (see Acts 1:21-26; 15:6—16:5; 1 Corinthians 4—5; 9:1-12; Galatians 1:1-12; 1 Thessalonians 5:26-27). After the apostles’ deaths, Christians continued to value the testimony of eyewitnesses and their associates. In the first decade of the second century, Papias of Hierapolis put it this way:

“I did not … take pleasure in those who spoke much, but in those who … recited the commandments given by the Lord. … So, if anyone who had served the elders came, I asked about their sayings in detail – what Andrew or Peter said, or what was said by Philip or Thomas or James or John or Matthew or any other of the Lord’s followers.”

About the same time, a church leader named Polycarp cited the words of the Apostle Paul as “Scripture.”

A generation later, when someone in the Roman church wondered which Christian writings should be considered authoritative, this emphasis on the eyewitnesses persisted. After listing the books that he viewed as authoritative, here’s what one Christian leader wrote regarding a popular book known as The Shepherd that was circulating in the churches:

“Hermas composed The Shepherd quite recently – in our times, in the city of Rome, while his brother Pius the overseer served as overseer of the city of Rome. So, while it should indeed be read, it cannot be read publicly for the people of the church – it is counted neither among the prophets (for their number has been completed) nor among the apostles (for it is after their time).”

Notice carefully this second-century writer’s reasons for not allowing The Shepherd of Hermas to serve as an authoritative text in the churches: This writing could not be added to the Old Testament prophets because the time of the Hebrew prophets had passed (“their number has been completed”), and – with the deaths of the apostles – the time of the apostolic eyewitnesses had also ended (“it is after their time”). This teacher didn’t forbid believers to read The Shepherd; he simply pointed out that the book should not serve as an authoritative text for Christian congregations (“it cannot be read publicly for the people of the church”).

Later church leaders such as Tertullian of Carthage and Serapion of Antioch echoed these sorts of standards, with Serapion clearly stating, “We, brothers and sisters, receive Peter and the rest of the apostles as we would receive Christ himself. But those writings that are falsely ascribed with their names, we carefully reject, knowing that no such writings have ever been handed down to us.” Again, Christians rooted their standard for determining which writings were authoritative in the testimony of eyewitnesses.

So, from the first century onward, Christians viewed testimony that could be connected to eyewitnesses of Jesus as uniquely authoritative. The logic of this standard was simple: The people most likely to know the truth about Jesus were either eyewitnesses who had encountered Jesus personally or close associates of these witnesses. So, although Christians wrangled for some time about the authority of certain writings, it was something far greater than political machinations that drove these decisions. Their goal was to determine which books could be clearly connected to eyewitnesses of Jesus.

(EDITOR’S NOTE – This column first appeared at www.timothypauljones.com, the website of Timothy Paul Jones. Jones is associate professor of leadership and church ministry at Southern Baptist Theological Seminary in Louisville, Ky. Jones is the author or co-author of several books, including “Christian History Made Easy” and “Misquoting Truth: A Guide to the Fallacies of Bart Ehrman’s ‘Misquoting Jesus.’”) 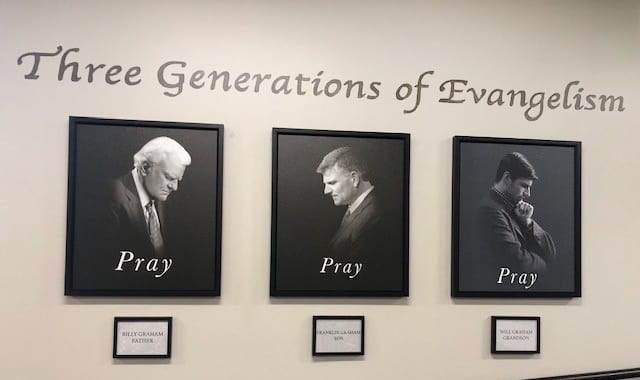 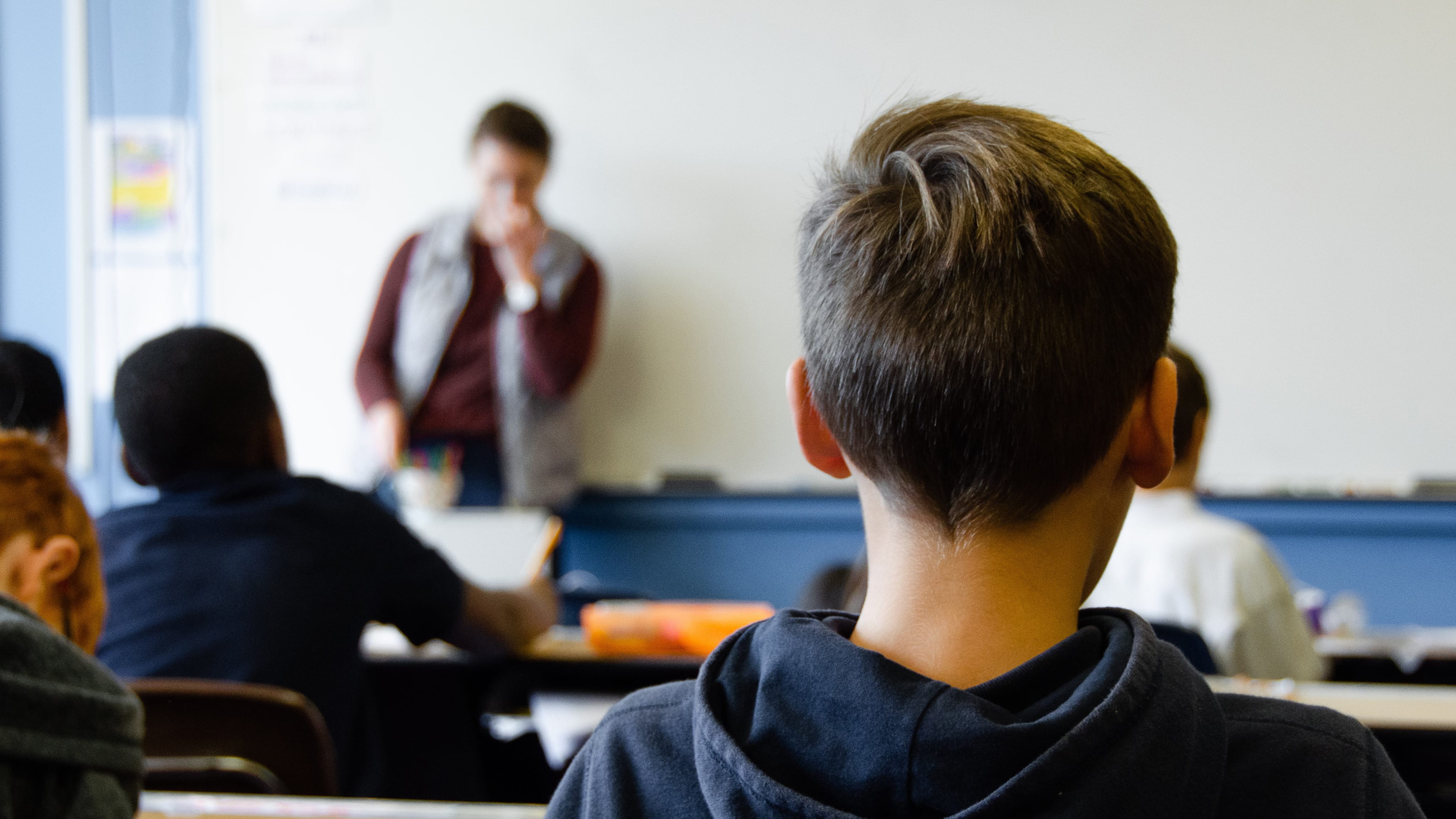