Opt out of the gay marriage debate? That’s no longer an option

LOUISVILLE, Ky. – There’s been a lot of talk about evangelicals opting out of the culture wars recently. Some of that could be good. Few of us want to identify the church with the Republican Party, or to act as if anything is more needful than the promotion of the gospel.

But some of this discussion has been deeply harmful. Why? Because there is a desperate need for the church to be the church in this fallen world. Now is not the time to back off from a robust cultural ethic. Now is the time to engage.

Some still think that they have the luxury of sitting out the national debate over homosexuality. They think, “Well, the battle over marriage is for those frothy-mouthed Christians who send out the weird newsletters and are always sounding the doomsday bell. I don’t really have the stomach for that; I don’t want, after all, to be weird, or unliked, or out of tune with The New York Times and NPR crowd. I’m educated and above the fray. Culture wars, as I’ve come to understand from the media, are for hillbillies and fear mongers, the God-and-country set. Nope. No thank you.”

Others are more biblical in their convictions, but still think they can opt out of the conflict over marriage and homosexuality. They think, “I don’t want my Christianity to be political. The church should do what the church does. I’ll sit this one out, as I usually do, and go on my way, trusting in a sovereign God.”

Both positions suffer from a common flaw: lack of moral realism as it relates to our cultural moment. You see, there is not going to be an “opt out” option in the coming days. Actually, let’s change that – there no longer is an “opt out” option. The conflict over homosexuality and marriage is here to stay. It’s only going to pick up steam. Barring a miracle from God, the clock will not be turned back. Most every Christian in every place in America is going to face a direct, confrontational challenge on this issue. You can’t escape this.

Do you see this? It’s different from abortion, which everyday Christians didn’t have to really get involved with. Because abortion happens behind closed doors in nondescript clinics, Christians like you and me could pretend it didn’t happen. We could occasionally pray, and occasionally give and serve, but because this menace was unseen, we didn’t have to get whipped up about it. We could leave that to “weird,” “in-your-face” Christians, whom we might subtly demean for their outspokenness.

But things have changed. I just learned on Facebook that gay pride groups marched in my hometown of Machias, Maine (and other Maine towns). Machias is a tiny coastal town. It’s a long ways from Manhattan, culturally speaking. But just a few weeks ago, in the Fourth of July parade, a group of gay and lesbian supporters marched, just as they did in numerous other small Maine towns.

I’ll ask this again: Do you get what’s happening? This is a Fourth of July parade. Over the years, there’s been no more “safe” cultural event for Americana. Everyone cheers the Shriners, the small-but-vigorous community band, the fire department as it blares its siren and throws candy to skittering children. Everyone. But that all, in a flash, changed in Machias, Maine. Here’s what I can guess: This will happen all across America.

There is no perfect nonbiblical argument we can make to repudiate and oppose same-sex marriage. We can cite statistics and studies, and we should. We can offer sound logic and clear moral guidance. But at the end of the day, you and I have a choice as Christians: We either can sit this one out and let our society embrace a flagrantly sinful lifestyle. Or we can stand up and oppose these efforts. That’s it. Two options: capitulation or challenge.

This doesn’t mean that we can’t fully trust our sovereign God to work out His perfect will, which may mean hardship and many earthly defeats for American and Western Christians. Sometimes God wills this for His people, who are then challenged to remember that we serve a spiritual Kingdom, not an earthly one. Our hope is the gospel, not a political end.

But these glorious truths should not cause us to retreat from the world. Pastors, churches and individual Christians will all have to work out their own unique ways to engage this and other pressures. There is not a one-size-fits-all approach here. Churches are not to be political bodies or political action committees. But no Christian should excuse himself or herself from this fight – and make no mistake, it is a fight. You can engage the other side in a godly manner, yes, and you must as a believer. But do not stoop to such breathtaking naïveté as to think that if you are clear on the issue of same-sex marriage you can avoid being disliked and even hated by unbelievers.

An hour of winnowing is coming and has come to America, even as it has already come to other western countries. Those who have previously defended marriage from a “neutral” set of presuppositions are not going to last; examine one-time traditional marriage advocate David Blankenhorn’s recent defection. That will happen in increasing measure in coming days, I think. Get ready to feel lonely, Christian, and to be unliked. It’s unavoidable for ethical, gospel-driven evangelicals who know that they cannot sit this one out. Actually, we may even see a measure of unity in this battle; complementarians and egalitarians, for example, must and surely can find common cause on this issue, to cite just one common point of division. We need to do so. This is by no means only a complementarian issue.

Step up. Contribute to organizations that are contending in the political realm for biblical marriage. Contact friends to alert them to this hour of need. Figure out a way in your own corner of the world to get involved here. Collect signatures for petitions and send them to your legislators. Do whatever you can. Above all, pray. And do not – please do not – opt out. As always, engage this issue and those with whom you disagree with the love of Christ. We’re not opposing flesh and blood here, and even as we contend for biblical truth (Romans 1), we seek to win those who are lost just as we were lost before God’s marvelous grace saved us.

Lastly, remember Matthew 5:10-12. Let these familiar words ring in your ears, and let the resurrection hope of the One who said these fateful words wash over you even as you celebrate righteousness and oppose darkness:

“Blessed are those who are persecuted for righteousness’ sake, for theirs is the kingdom of heaven.

“Blessed are you when others revile you and persecute you and utter all kinds of evil against you falsely on my account.

“Rejoice and be glad, for your reward is great in heaven, for so they persecuted the prophets who were before you.” 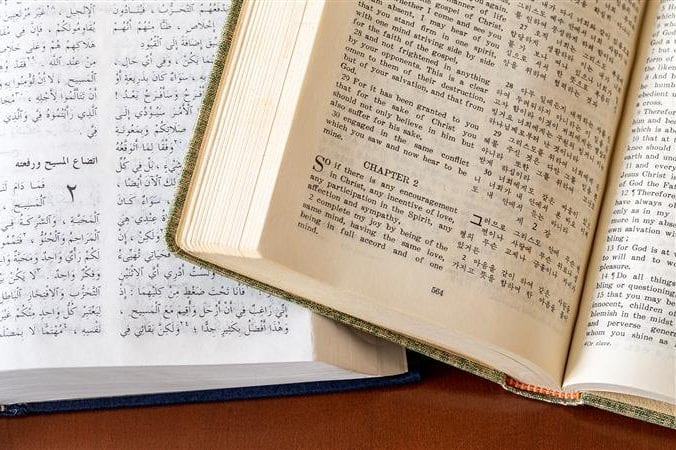 From East Asia to the Middle East

Ministry not for the faint of heart