Kara Tippetts fought the fight and finished the race. Tippetts, the pastor’s wife who blogged about her battle with terminal cancer, died Sunday in Colorado Springs, Colo. She was 38.

In many ways, Tippetts lost. She lost her battle with breast cancer. She lost mothering her four young children, and her children lost their mother. She lost the ministry she and her husband Jason had just started.

But in all the ways that matter to a follower of Christ, Tippetts won. Long before her cancer diagnosis, Tippetts and her husband resolved to spend their lives faithfully answering Martin Luther’s question: “What will you do in the mundane days of faithfulness?”

The way they answered that question revealed their absolute faith in Jesus and brought hope to thousands of people who followed them on their long journey of saying goodbye.

About six months after they moved from North Carolina to Colorado Springs in 2012 to plant a church, Tippetts discovered a lump in her breast during a routine exam. Two weeks later, doctors told her she had cancer. When the Tippettses started their church plant, she had already begun chemotherapy. Despite choosing to treat her cancer aggressively, it quickly spread throughout her body.

“The story is cancer growing, and Jason and I just looking for Jesus in the midst of it,” Tippetts said in September. “I have to still keep going, and so while I still have this breath, I’m planning on using it faithfully.”

Tippetts began blogging about her cancer journey in 2012. Her transparency drew devoted followers – 20,000 visits a day – and the attention of a publisher. Her book, The Hardest Peace: Expecting Grace in the Midst of Life’s Hard, came out in October.

Tippetts readily admitted cancer’s tragedy and challenges. And she didn’t pretend it was easy to see God during the hardest days. Her church family not only cleaned her home and helped prepare meals, they also reminded her of the gospel when sickness overwhelmed her.

“Our neediness has become our strength,” Tippetts wrote. “We wake needing God’s grace, Jesus’ presence, and to walk in a way that allows our love to abound more and more. It’s stunning, absolutely stunning, to see a community of the beautifully broken seek daily bread to survive.”

Her friendships with Christian women in her community blossomed as the cancer progressed. But even as Tippetts received help, she poured out love on others. When she first began chemotherapy, she asked friends to accompany her so she wouldn’t have to go alone. A friend would arrive at the appointment to find more than a dozen other women already there, said Mark Bates who pastors Village Seven Presbyterian Church and mentors Jason through the church planting process. All those women consider Tippetts a best friend, he said.

Love for writing and an affinity for sarcasm initially drew fellow author Jill Lynn Buteyn and Tippetts together. The two frequently texted throughout Kara’s illness about the book deals both received and joint acupuncture visits. In conversation, Tippetts quickly turned the topic from herself and toward others, Buteyn told me. In the middle of an overnight stay in the hospital, Tippetts began asking Buteyn about other friends – making sure someone had checked up on them. And though her process of dying often felt surreal, Tippetts and her circle of friends still had moments of girlfriend-talk, Buteyn said.

Tippetts’ perspective helped make the harsh reality of her death easier for those closest to her, Buteyn said. After Buteyn received a book deal, Kara texted her for news: “Tell me; I’m dying! Well, I’m actually dying, but I want to know!” Her trust in God’s promises and His sovereignty made her death easy to talk about, Buteyn said.

“I’ve never seen faith quite like this,” Buteyn told me. “My faith has just been growing as I’ve watched her because He is in this.”

Mickey Gauen frequently helped Tippetts through her last days. As Tippetts’ friends struggled with her passing, Gauen encouraged them to extend to others the love Tippetts showed them.

“Kara would want a dance party; she would want you to continue what she modeled of loving in kindness, to look for ways to continue what you have learned in her suffering – how to show up, how to love those hurting hearts around you,” Gauen wrote. “She always saw her story as a one small piece of God’s earthly kingdom.”

Tippetts strove to fully live every breath she had, her editor, John Blase, recalled.

“It’s very much a challenge for all of us,” he said. “Every breath is valuable and holds some kind of grace.” Blase edited Tippetts’ book and developed a brotherly affection for her as he guided her through the publication process.

But her transparency didn’t reveal the depth of her struggle with her own death, Blase said. Her book barely scratched the surface of her emotional paradox: She wanted to be with Christ, but also loved living on this Earth and loving her kids. Though she believed in God’s goodness, Tippetts begged to live longer, to mother her children longer.

“John, I just don’t want to leave the party,” she texted him after her husband called for hospice care shortly after Christmas.

Telling her kids that she had stopped treatment was “unbelievably hard,” Tippetts confided on her blog. Friends have surrounded the Tippetts children with love as they process grief. Jason has faithfully worked behind the scenes to continue everyday life for the kids while he supported his wife.

“I’ve been impressed with how good of a man her husband Jason is,” Blase said. “It has been just a really beautiful picture of marriage.”

As Jason Tippetts mourned his wife’s impending passing, he and his family found peace. “I have great memories of us that will last a lifetime, no length of goodbye will take them,” he wrote earlier this month. “But I grieve as I watch her fade. The peace that is in our house is amazing, peace in the midst of tears, peace in the midst of impending loss, but it is peace.”

For many, walking with the Tippetts family through suffering hasn’t been easy. “You see the brokenness of this world,” Bates said. “You’re watching that brokenness in their lives.” But through the suffering, God has used Tippetts’ blog and book to reach millions drawn to her transparency.

And because Tippetts’ cancer journey built authentic community into their church from its start, the church is stronger for it, Bates said. “I wish God had chosen a different way,” he said. “But the church is in a totally different place than it would have been if it had gone according to our plans.”

Following the hospice call, Tippetts thanked God on her blog for the time she had left: “I get to draw my people close, kiss them and tenderly speak love over their lives. I get to pray into eternity my hopes and fears for the moments of my loves. I get to laugh and cry and wonder over heaven. I do not feel like I have the courage for this journey, but I have Jesus—and He will provide it. He has given me so much to be grateful for, and that gratitude, that wondering over His love will cover us all. And it will carry us – carry us in ways we cannot comprehend.”

Tippetts’ fight against cancer ended with hospice care, but she continued to fight to love the people around her. She found strength for a final photo shoot with her family, a trip to the beach with Jason, and intentional friendships – all while working with doctors to minimize her pain as much as possible.

And despite her suffering, Tippetts chose to cling to Jesus: “What I see, what I know, what I have is Jesus. He has still given me breath, and with it I pray I would live well and fade well.” 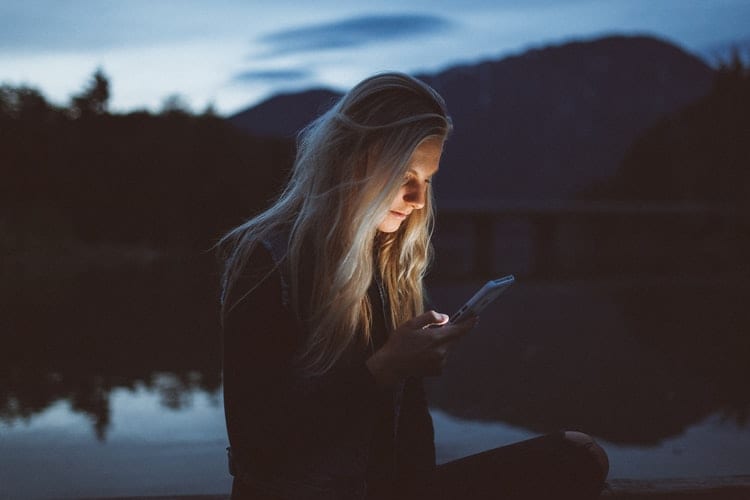