The great clarification: fuzzy fidelity and the rise of the nones

LOUISVILLE, Ky. – Meet the unaffiliated. An increasing number of Americans identify with no church, denomination, or religious tradition, and this development represents a truly significant shift in the nation’s pattern of belief.

America’s religious landscape is changing, and the contours of that change will determine the shape of the church’s challenge for decades to come. An important study recently released by the Pew Forum on Religion and Public Life points to several developments worthy of our attention – and some of these deserve rather urgent analysis.

The continued rise of the nones

The Pew report reveals an increasing number of Americans who identify with no church or religious commitment. At present, one of five Americans is now “unaffiliated” and disconnected from any church or organized faith. More shocking is the fact that fully one in three Americans under age 30 report themselves as unaffiliated. “In the last five years alone, the unaffiliated have increased from just over 15 percent to just under 20 percent of all U.S. adults,” the report reveals.

Of the unaffiliated, about 13 million Americans (about 6 percent) identify as atheists or agnostics, with another 33 million (14 percent) simply claiming no affiliation. The unaffiliated are not church shopping, according to the researchers. Instead, these Americans say they are very comfortable being disconnected from any church or organized faith.

The unaffiliated are not openly hostile to churches or religious institutions, but they are not planning to join one. Most are not atheists or agnostics, and many follow some religious practice such as meditation, but they do not see themselves as meaningfully connected to any faith commitment.

The unaffiliated tend to be young, and “generational replacement” now explains the rise in the percentage of Americans who are unaffiliated – those also known as the “nones,” who identify themselves by choosing “none” when asked for religious affiliation. As older Americans pass from the scene, they are replaced by a generation that is markedly less likely to affiliate with a church or religious tradition. One in three young adults (those under 30) have no religious affiliation, while only one in ten adults age 65 and older identify themselves that way.

The end of America’s Protestant majority

The Pew study also confirms that Protestants are now a religious minority in America – a development that reverses the nation’s entire history until the present. According to the Pew data, only 48 percent of Americans identify as members of Protestant churches or claim a Protestant identity. The nation was overwhelmingly Protestant until waves of immigration altered that picture in the late nineteenth and early twentieth centuries. Those decades saw millions of immigrants arrive on American shores, and many of these new Americans were Roman Catholic. By the middle of the twentieth century, Will Herberg would famously describe the American religious landscape in the title of one of his most influential books, Protestant, Catholic, Jew.

Now, Protestants no longer constitute a majority, and this fact represents a seismic shift in America’s pattern of religious identity. Interestingly, the rise of the “nones” partly explains this shift, as fewer Americans now claim Protestant identity and more shift into the ranks of the unaffiliated. According to the Pew study, both the liberal and evangelical and conservative wings of American Protestantism share in the losses, especially among white Americans. The fact that the Catholic share of the population has remained steady is attributed to recent patterns of immigration from Latin America.


Worldview implications among the unaffiliated

Among the most striking revelations in the Pew report has to do with the political views of the unaffiliated as compared to Americans with a clearly defined religious identity. “The religiously unaffiliated are heavily Democratic in their partisanship and liberal in their political ideology,” the report states. More than 60 percent of the unaffiliated identify with the Democratic Party and twice as many identify as liberal as compared to those who consider themselves conservatives.

This pattern confirms research conducted by Robert D. Putnam and David E, Campbell, who found that church attendance was the single most effective indicator of voting choice in the recent U.S. presidential elections.

The worldview liberalism of the unaffiliated is evident in the fact that 72 percent say abortion should be legal “in most or all cases” and 73 percent voice support for same-sex marriage. On questions of the role and size of government, there is less consensus among the unaffiliated, perhaps revealing a libertarian influence. In the 2008 election, 75 percent of the unaffiliated voted for Barack Obama, while only 23 percent voted for John McCain.

The growth of the religiously unaffiliated within the ranks of the Democratic Party means that this group is now larger than many of the religious constituencies traditionally associated with that party, including white mainline Protestants, black Protestants, and white Catholics. As the Pew researchers suggest, the unaffiliated may soon constitute the largest single “religious” group within the Democratic Party.

Moving out, not moving in

The most significant finding in this research may be the documentation of the fact that the rise of the unaffiliated means that the “nones” are moving out of a loose religious affiliation into none at all.

In other words, those Americans who had previously reported a loose or tenuous identification with a religious body now feel free to identity with no faith at all. A casual faith is one that points to an individual moving out of any faith at all, rather than moving in. This strongly suggests that cultural Christianity, for example, is simply disappearing.

As David Voas, a professor at the University of Essex in Great Britain told The Wall Street Journal, “It is starting to become socially acceptable to say, ‘I don’t have religion.’” Voas noted that this pattern appeared in Great Britain and Europe before it was apparent in the United States.

Just a generation ago, sociologist John Murray Cuddihy noted that Americans tended to feel the need to identify with some church or religious tradition. Those with a looser affiliation often signaled this fact, Murray noted, by stating that that “happened to be” whatever identity they revealed. “I happen to be Baptist,” was a shorthand for “I identify as a Baptist, but this identity has more to do with family history than anything else.” Now, millions of Americans just “happen to be” nothing at all when it comes to religious identity.

Thus, the increased secularization of America is revealed by the readiness of so many Americans to identify as “nones.”

The patterns revealed in the Pew report are striking and informative, but this does not mean that Americans are abandoning conviction and embracing secularism. To the contrary, the report indicates it is primarily those who previously held some loose religious affiliation who are now more likely to report no affiliation at all.

The data point to a falling away of the loosely affiliated, not a departure of the faithful. As Professor Voas suggests, the unaffiliated are moving out of what he helpfully calls “fuzzy fidelity.” Those marked by fuzzy fidelity usually remain loosely attached to a church or denomination, he reports, until the number of self-identified unbelievers reaches some sort of a tipping point, and then the pattern of identifying as unaffiliated grows in popularity.

The Pew report would indicate that this tipping point may well have been reached in the United States.

Beyond this, Christians should note that “fuzzy fidelity” is not a doorway into deeper convictional commitments. Instead, it marks the exit ramp of religious identity.

Christians should receive the new Pew report as a sober confirmation of patterns most believers have already detected. Many Americans who had been claiming Christian identity in some loose form now feel free to drop that identity altogether, without fear of social stigma or loss.

In a gospel perspective, this is a healthy development. It is good that non-believers know that they are, in fact, not believers. Cultural Christianity is not Christianity, and no one will find salvation through merely identifying as Christian. The disappearance of cultural Christianity will weaken the culture, but it should strengthen the church.

The church, after all, had better know the difference between authentic Christian faith and “fuzzy fidelity.” This new report should awaken America’s Christians and our churches to the reality of the challenge we now face and the mission field we now serve.

Losing our religion: One in five Americans are now ‘nones’
Don’t panic amid rise of ‘nones,’ leaders say 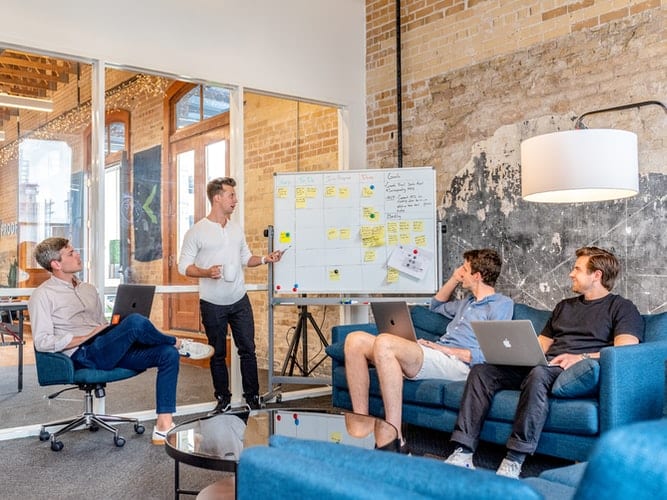 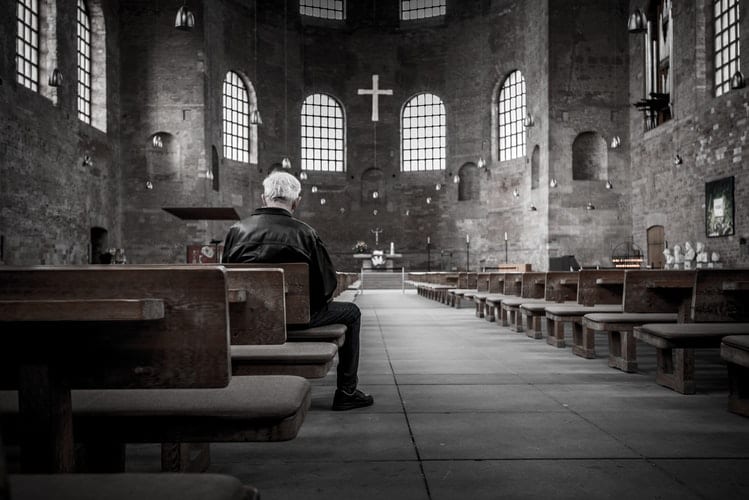