After the ‘three-year pandemic’

The stories we hear right now are anecdotal – churches here and there witnessing something of a revival after months of closure and privation caused by the COVID-19 pandemic. Some pundits warned that it may take years for all the regulars to return to church services, if they ever do. But more recent polls show people are growing eager to return to the normal things in life, including church attendance.

In a few places in Illinois, accounts of young families seeking out church services even as the schools remain online only are especially encouraging. Church plants holding their first services and baptizing new believers after serving the community with food distributions and other pandemic-related ministries cause us to say, “Can it happen here?”

In fact, it has happened before.

In the darkest days of the Spanish Influenza a full century ago, some churches reported revivals. In the decade that followed, the Southern Baptist Convention’s $75 Million Campaign led to the birth of the Cooperative Program, funding the steadiest and most effective missions movement in history. It was in this environment that a Sunday school director from First Baptist Church of Marion, Ill., was asked to take his burgeoning methodology nationwide. Arthur Flake and Flake’s Formula spurred amazing growth of Sunday schools and church attendance for the next 40 years.

Can it happen again? Can something good come from such troubled times? Before we attempt a conclusion, let’s consider just how dark those days – and years – were.

“The Spanish Influenza broke out in Europe in 1918, then spread worldwide,” Aaron Prince wrote. “All told, 20 million people died,” he said, more than twice the number who died on battlefields in the just-concluded first World War.

Prince, a Fairfield, Ill., native, had just been called to serve as pastor of First Baptist Church of Eldorado, Ill., in Feb. 1919, when the flu broke out there.

“Some folks went out of their heads with temperatures up to 105 degrees, chills and vomiting,” Prince wrote. “There was nothing we could do. We didn’t know what to do.”

Still, Pastor Prince tended the sick after the town doctor went down with the disease, using a bit of wartime medical training to dispense aspirin and quinine. Then when the undertaker got sick, he took on that task too. A nearby funeral home would send an assistant to set up the embalming machine for two or three bodies at a time, and Prince would handle the rest, including dressing the deceased and arranging them in caskets.

He continued: “Those three years – February 1919 to September 1921 – saw the hardest work of my ministry. I’m not exaggerating when I say that sometimes I was up 24 hours at a time. When I came home at night, my wife, Pearl, would have me a clean change of clothes. I changed over at the church, for fear our children might get contaminated.”

Churches closed for up to two months at a time across three winters, along with “all public meetings including the picture shows. Everyone was told to stay home,” Prince wrote. “But in spite of the flu, we kept winning people to Christ. I guess our best revival was in January of 1920. … I baptized new converts twice a day for two weeks, at the 2:00 P.M. and 7:00 P.M. services, nearly 100 in all.”

Prince and his family stayed well through three outbreaks of the Spanish Influenza. Finally, as the last of the illnesses in southern Illinois subsided, the pastor said, “I was standing on a street corner in Harrisburg, waiting for the tram-car to Eldorado. All of a sudden, I got sick, and by morning, every member of our family was in bed. We had to hire a nurse to take care of us.”

Prince’s story of God’s care was repeated when he was called to the pastorate of First Baptist Church of Marion, and later as president of Hannibal-LaGrange College and founder of Honolulu Christian College. Looking back 100 years at Pastor Prince’s pandemic, we may ask how God can bring good from a dire situation. It has happened before.

“For I know the plans I have for you” – this is the Lord’s declaration – “plans for your well-being, not for disaster, to give you a future and a hope” (Jeremiah 29:11).

Engaging the next generation on mental health 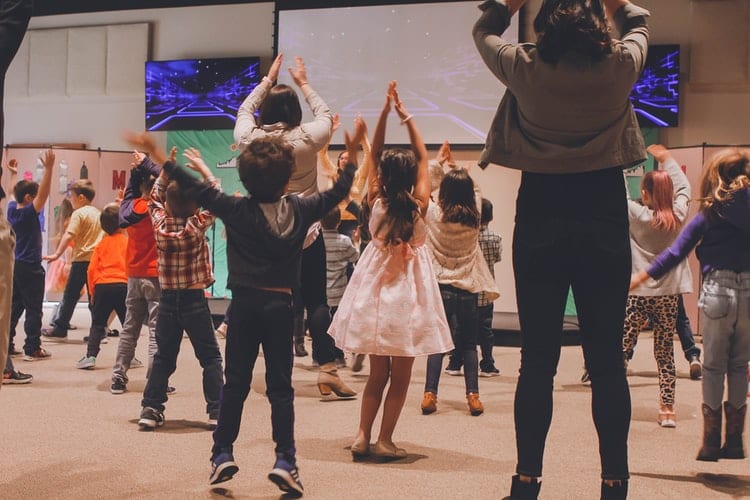 Questions to ask when deciding to reopen children’s ministry