The year was 1980, and the buzz across Southwestern Baptist Theological Seminary (SWBTS)  was that, if at all possible, you must take this professor during your days at the seminary. That professor was James Leo Garrett Jr., who had just returned to Southwestern, where he had previously taught from 1949-59.

From 1959-73, he held a faculty position in systematic theology at The Southern Baptist Theological Seminary, and from 1973-79 he served as the director of the J. M. Dawson Institute on Church and State as well as professor at Baylor University. Garrett had now returned to his alma mater, and with fear and trembling I entered his classroom in patristic theology.

Garrett’s reputation as a scholar and lecturer was indeed well deserved. Not only had he already held faculty positions at SWBTS, Southern, and Baylor, but he had received doctoral degrees from SWBTS and Harvard, as well as a graduate degree from Princeton. He had written widely and was recognized as the premier Baptist theologian of the second half of the 20th century.

Garrett had a rapid-fire method of lecturing that made it difficult just to keep up with his pace. Students wore shirts all across the Southwestern campus proclaiming, “I survived theo with Leo.” His grasp of church history as well as historical and systematic theology seemed to be encyclopedic. He pushed us hard; his exams were challenging and his standards exacting. The class in patristics prompted my doctoral research in the area of the history of biblical interpretation in the early church.

While Leo Garrett was a scholar of the first order, he was also a man of deep and genuine piety, kind and considerate toward others, a faithful churchman, and a devoted follower of Christ. He loved the gospel message and exemplified a confidence in the scriptures, which he believed to be totally dependable, trustworthy, truthful and infallible. He modeled for us what it meant to be an ecclesial theologian, one who understood that his first calling was to serve the church. In that sense, he followed his teacher, W. T. Conner, who taught theology at Southwestern from 1910-49. If Conner shaped theology at Southwestern in the first half of the 20th century, Garrett did so in the second half. Indeed, one cannot understand the history and heritage of SWBTS without grasping the significance of the Conner-Garrett tradition.

A committed Baptist, Garrett not only completed a splendid two-volume systematic theology (1995), but also authored the massive work on Baptist Theology: A Four-Century Study (2009), the finest source on the history of Baptist thought ever published. While a Baptist by upbringing and conviction, he also led the way in showing us how to engage those in other traditions. Garrett served as the Southern Baptist representative at the Second Vatican Council. He continued dialogue throughout his life with Roman Catholics, Eastern Orthodox and other Protestants.

Garrett maintained an infectious commitment to and hope for the unity of the people of God. In that sense he was not only an evangelical Baptist, but an ecumenical evangelical. Garrett pushed back against the effects of Landmarkism on Southern Baptists, exemplifying the spirit of unity presented in John 17 and Ephesians 4, especially in his labors with and among the Baptist World Alliance. Garrett deepened his thoughts about what it meant to be a denominational evangelical in an expanded conversation with E. Glenn Hinson in a book called Are Southern Baptists ‘Evangelicals’? (1982).

Like his SWBTS colleague T. B. Maston, Garrett grieved the racial tensions in Baptist life. One of the things that greatly encouraged him about the work of Southern Baptists in the 21st century was the progress across the Southern Baptist Convention in the work of racial reconciliation. He and Myrta Ann, his wife and longtime ministry partner who preceded him in death, had for many years been members of a multiracial congregation, the Meadowridge Community Baptist Church. In some ways it is fitting that the Lord called Dr. Garrett home during this week when, on Feb. 9, Southern Baptists will highlight these much-needed commitments by observing Racial Reconciliation Sunday on their denominational calendar.

In 1991, I was privileged with my Southwestern classmate Paul Basden to co-edit a book of essays in Garrett’s honor on his 65th birthday. We titled the book People of God: Essays on the Believers’ Church, which we believed captured the heart and essence of Garrett’s commitments as an ecclesial theologian. Near the end of his long and distinguished career, we were able to gather many of the contributors and other former students together again in Arlington, Texas, in 2005 to celebrate his 80th birthday.

When I was president at Union University, Dr. and Mrs. Garrett invested a semester with us in 2004, serving as University Scholar-in-Residence. I was honored to write the foreword for Volume 3 of The Collected Writings of James Leo Garrett Jr., which was recently published in 2019. It is hard to calculate his shaping influence on my life as well as my understanding of Baptist thought and history.

Always my teacher and mentor, he continued to challenge my thinking and offer corrections to my authored works, even into his 90s. I am immensely grateful not only for his imprint on my life, but for his vast influence on so many, many others. He was truly a Christian gentleman and a scholar. I was saddened Wednesday morning when I learned of his passing, but we rejoice today that Dr. Garrett, though absent from the body, is present with his Lord Jesus Christ (2 Cor. 5:8). In this confident hope, we say thanks be to God for the life and legacy of James Leo Garrett Jr. 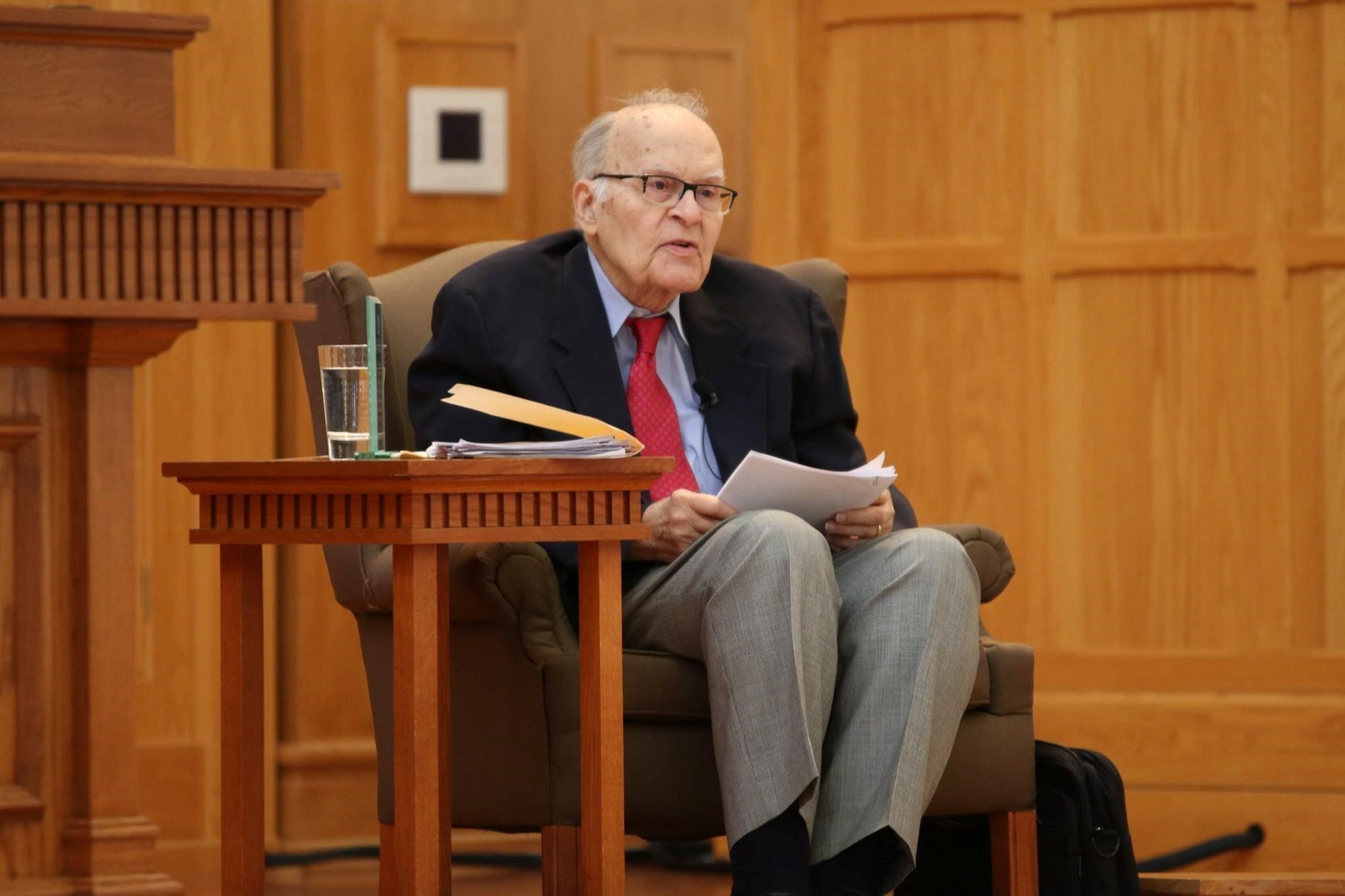