We lost our oldest son in October. David was an International Mission Board (IMB) missionary. His death gives me an inside view that many do not possess. I share this view so that (hopefully) you will consider your responsibility in supporting Southern Baptist Convention (SBC) mission causes.

According to records, only about 50% of SBC churches give to the Lottie Moon Christmas Offering (LMCO). That is tragic! If we worked together, think how much we could accomplish in reaching our world for Christ.

This year’s LMCO goal is $175 million. There are about 14.5 million members in Southern Baptist churches. If only 25% of our members would give $100, our income for the offering would be $400 million.

When David died in October, I saw the caliber of missionaries we support. Between 30 and 40 missionary units (families) drove and flew from around the country to pay their respects and support David’s family. These missionaries share a strong camaraderie in their passion to see the gospel touch every corner of our globe. Seeing the caliber of our missionaries reminds me: the LMCO is a vital link to our world. Jesus instructed us to go into all the world (Matthew 28:19-20; Acts 1:8).

When David died, I also saw the character of our IMB in at least three ways.

First, they care about the individual. IMB President Paul Chitwood was quick to call and share his condolences. In addition, a representative from the board attended David’s funeral. There are 3,585 IMB missionaries, as of June 30. The IMB cares about each one.

Second, I saw the board’s character as they reached out to support our daughter-in-law and three grandchildren. They were generous in supporting our family’s needs during this difficult season.

Third, I saw the board’s character in their training and support. Our missionaries are thoroughly trained and prepared for the ministry they perform. They go through an extensive training at the IMB’s headquarters in Richmond, Va., before going overseas. The board teaches them skills for dealing with the difficulties of putting their lives on the line for Christ. They represent you!

As a father, who lost an IMB missionary son on Oct. 14, I challenge you, Southern Baptists. There are many who have not heard the name of Jesus. We have a worthy vehicle for sharing the Good News with a lost world. The Lottie Moon Christmas Offering is a vital offering! 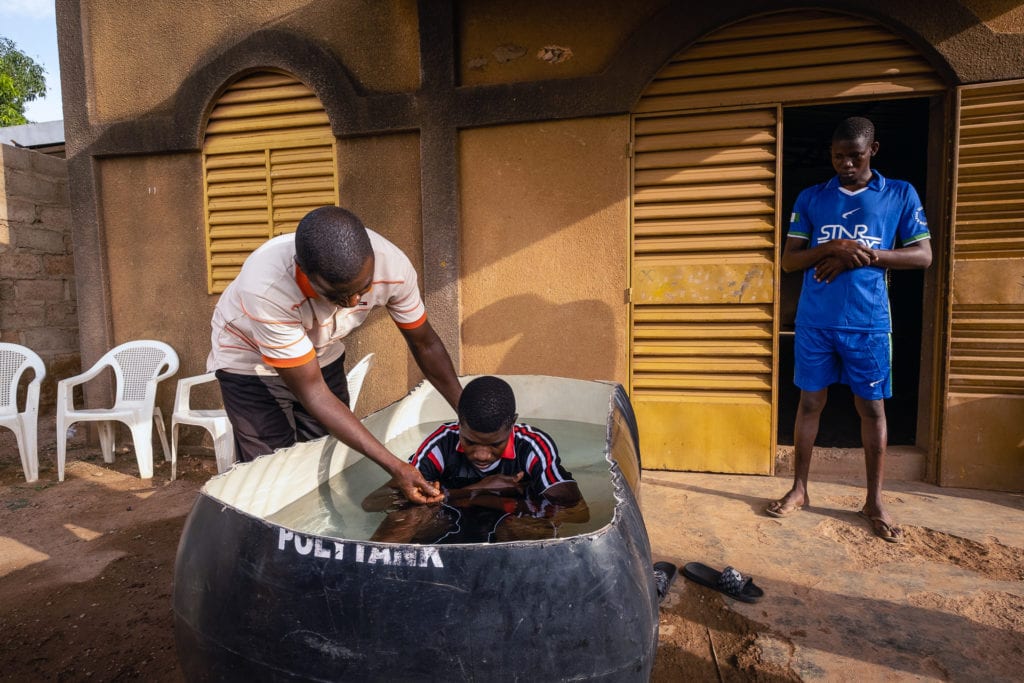