Success is about persistence, timing and attitude

It has been almost 40 years since I left the pastorate to become a child care executive. I have spoken in many different kinds of churches, about 1,000 since 1983. Today, churches face a happy, scary, exhilarating, depressing, encouraging and frightening time. But more than anything else, Baptist clergy and laity face a time of opportunity.

Ask yourself two questions: What has brought me to this point in life, and what will it take for me to continue?

I believe the world is divided into those who plan to succeed and those who don’t – and the ultimate question becomes which are you? I have never met a person who wants to fail. One may often feel lonely and depressed, but down deep, clergy are called to serve well – we all want to succeed. But sometimes we get derailed. I have three words to consider for both clergy and laity: persistence, timing and attitude.

First, persistence. One of my heroes is Winston Churchill. He was the greatest war leader Great Britain ever had. During the dark days of World War II when Adolph Hitler’s Nazi forces were virtually destroying London, it was Churchill who kept the people’s hopes alive by determination, inspiration and rhetoric.

Persistence has been a key to your success, and persistence will be a key in the future. Persistence has brought you to this point but this is only the beginning. As clergy and laity, I suggest you need to do three things: be totally, absolutely dedicated; be convinced that what you do is in God’s will; and believe in yourself more than anything else. Persistence is part of the foundation for success.

My second word is timing. One who succeeds knows what to do and then does it, understanding that life is a challenge, that church work isn’t easy. But the successful person is one who also knows that life is an adventure and that the journey is worthwhile.

Reinhold Niebuhr offers this on timing. “God grant me the serenity to accept the things I cannot change, the courage to change the things I can, and the wisdom to know the difference.”

A high achiever knows how to seize opportunities. The brass ring comes around only a few times. Reach out and grab it. Life without risk is a life of sheer boredom. No one wants to look back with regrets in their yearbook of life and say “why,” while the one focused on success always looks ahead and asks “why not?”

Too many Baptists have stopped growing. They go to their graves with their music still inside them, with their poetry yet to be written. Between the City of Reality and the City of Dreams, many people exit at the Town of Compromise and lead lives that are boring, dull and frustrating. Successful clergy and church members continue to help people dream dreams and see visions.

This Bible story illustrates my point. Many of Jesus’ disciples were fishermen. In His day, all good fishermen knew to fish only from the left side of the boat. One night the men fished all night and caught nothing. Jesus told them to fish off the right side of the boat. They did and their boats began to sink because they caught so many fish.

Jesus reminded them that success in life is much closer than often realized. With the disciples it was just a boat’s width away. Don’t stop too soon on the way to your dreams.

My third word is attitude. It’s trite but true: a person with the right attitude takes a lemon and makes lemonade. One who refuses to fail comes to the end of his rope, ties a knot and hangs on. A successful person keeps purpose and direction near. The question isn’t whether you accept life, the question is how you accept it.

The Chinese word for crisis consists of two characters. The first represents danger and the second opportunity. When Chinese see the word, they interpret it both ways: danger and opportunity.

Take these three words to heart. There’s nothing stopping you. Start planning today for your next success! 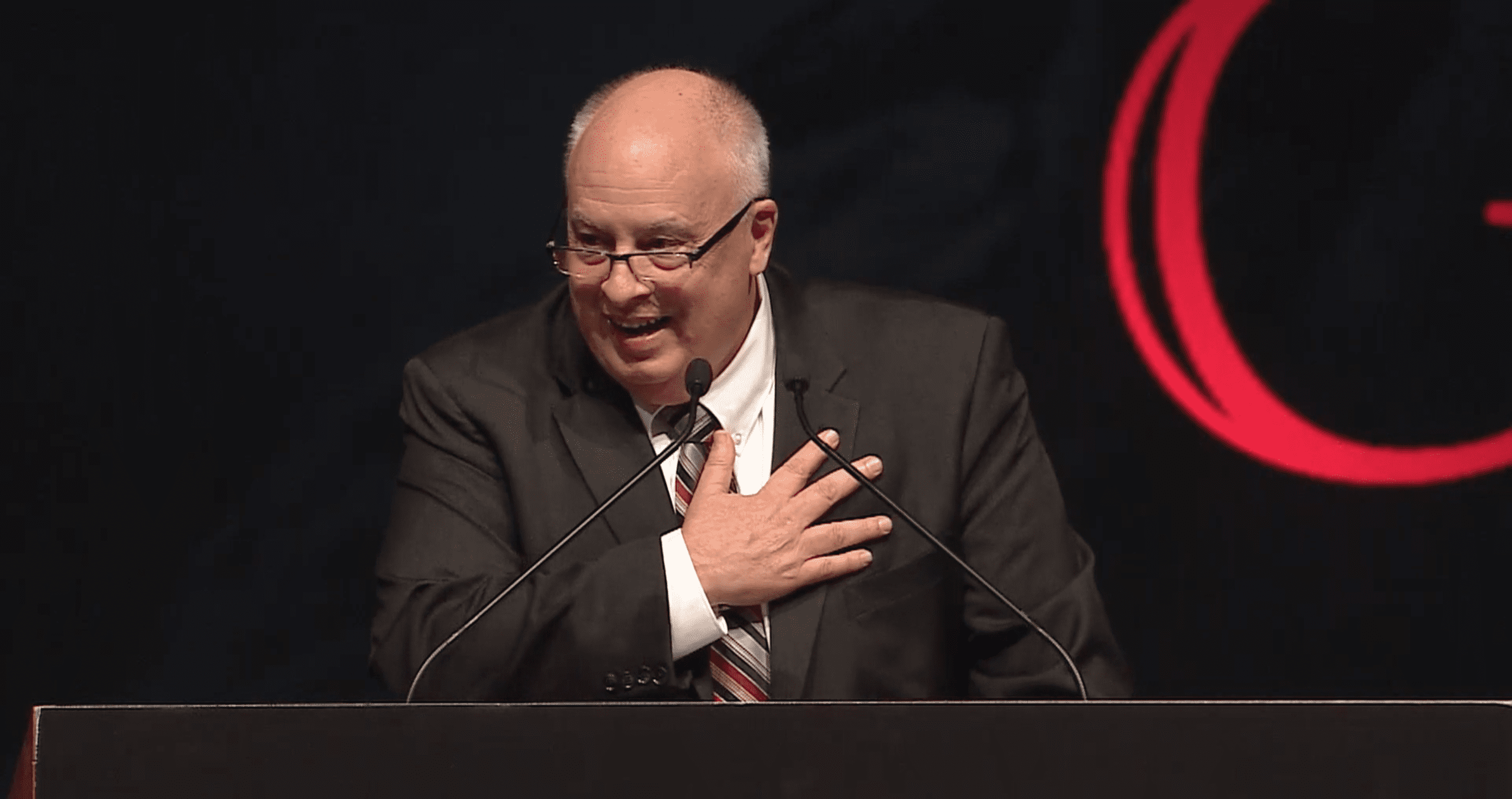 I’m grateful for these two years