“Shock” and “resilience” came to Walkers Chapel Baptist Church Pastor Ricky Thacker’s mind after a late-night tornado killed at least one person, injured 30 and destroyed homes and businesses in Fultondale, Ala., Jan. 25.

First Baptist Church of Fultondale Pastor Mark Gainey posted 2 Corinthians 4:8-9 on Facebook, noting the town’s predicament. “There is that feeling of just, ‘what do I do, and I’m crushed.’ But that scripture says we may be crushed but we’re not destroyed.”

The two lead the only Southern Baptist congregations in the small community of about 9,000 people – a northern suburb of Birmingham – where the EF-3 tornado with 150-mph winds blasted a path about a quarter-mile wide.

Members of both churches are participating in cleanup and outreach. Walker’s Chapel is serving as an administrative command post for Alabama Disaster Relief (DR). First Baptist is collecting specified supplies, gift cards, cash and other donations to help those in need, and is coordinating other outreach efforts with Alabama DR and Samaritan’s Purse.

“It’s been fantastic. Such generosity, I mean, almost immediate, just an outpouring of supplies, needs, financial gifts,” Gainey said of the community’s response to an appeal the church placed on Facebook. “It’s just been amazing.”

Mark Wakefield, disaster relief and chaplaincy ministries strategist with the Alabama State Board of Missions, is coordinating the Southern Baptist recovery in the area, utilizing local and nearby volunteers from within the state. While teams outside the state have already volunteered, Wakefield has been able to meet current needs with Alabama volunteers.

“Our goal is when we leave there,” Wakefield said, “we want people to look at the local churches and say these are the people who helped me.”

The storm killed 14-year-old Elliott Hernandez and critically injured several of his relatives when it struck their home, trapping them in the basement, Fultondale Police Chief D.P. Smith told The Associated Press. About 17 people were treated at area hospitals, 11 were treated on the scene, and six people were freed from the rubble of their damaged homes, WTVM-TV reported Jan. 26. About 100 houses were damaged or destroyed.

No churches were damaged by the storm, but a few church members were among those whose homes were damaged or destroyed, Wakefield said. He anticipates using chainsaw crews and other teams to clear downed trees and remove debris, and will activate other units such as feeding and shower teams if needed.

Wakefield doesn’t know how long the disaster outreach will last, but he anticipates at least a week or longer. Emergency officials did not allow assessment teams in the damaged area until Jan. 27.

A heavily hit Hispanic community in the path of the storm was already busy clearing debris, Thacker said.

The scene was familiar to First Baptist, which was heavily damaged in a series of storms in April 2011, before Gainey began leading the church. The 2011 storms, which resulted in multiple fatalities, destroyed the church’s education building and damaged its gym. It took the church two or three years to rebuild.

“God used it to rebuild the physical campus. It was in disrepair before the tornado, you know, it was outdated, old, and God used it, I guess, to rebuild physically the church, and over time, He’s rebuilt the church spiritually and numerically,” Gainey said. “And I don’t know how He’s going to use it, other than you know, our church and others being the arms and feet and love of Jesus to our community. But I’m convinced He’ll use this for His glory too.” 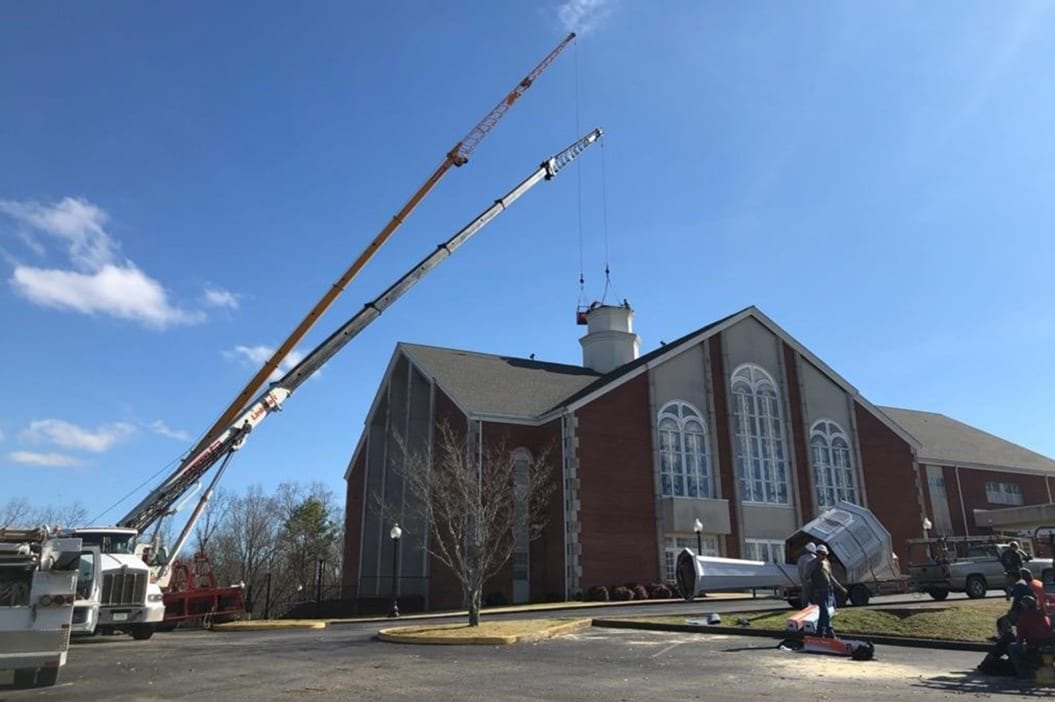 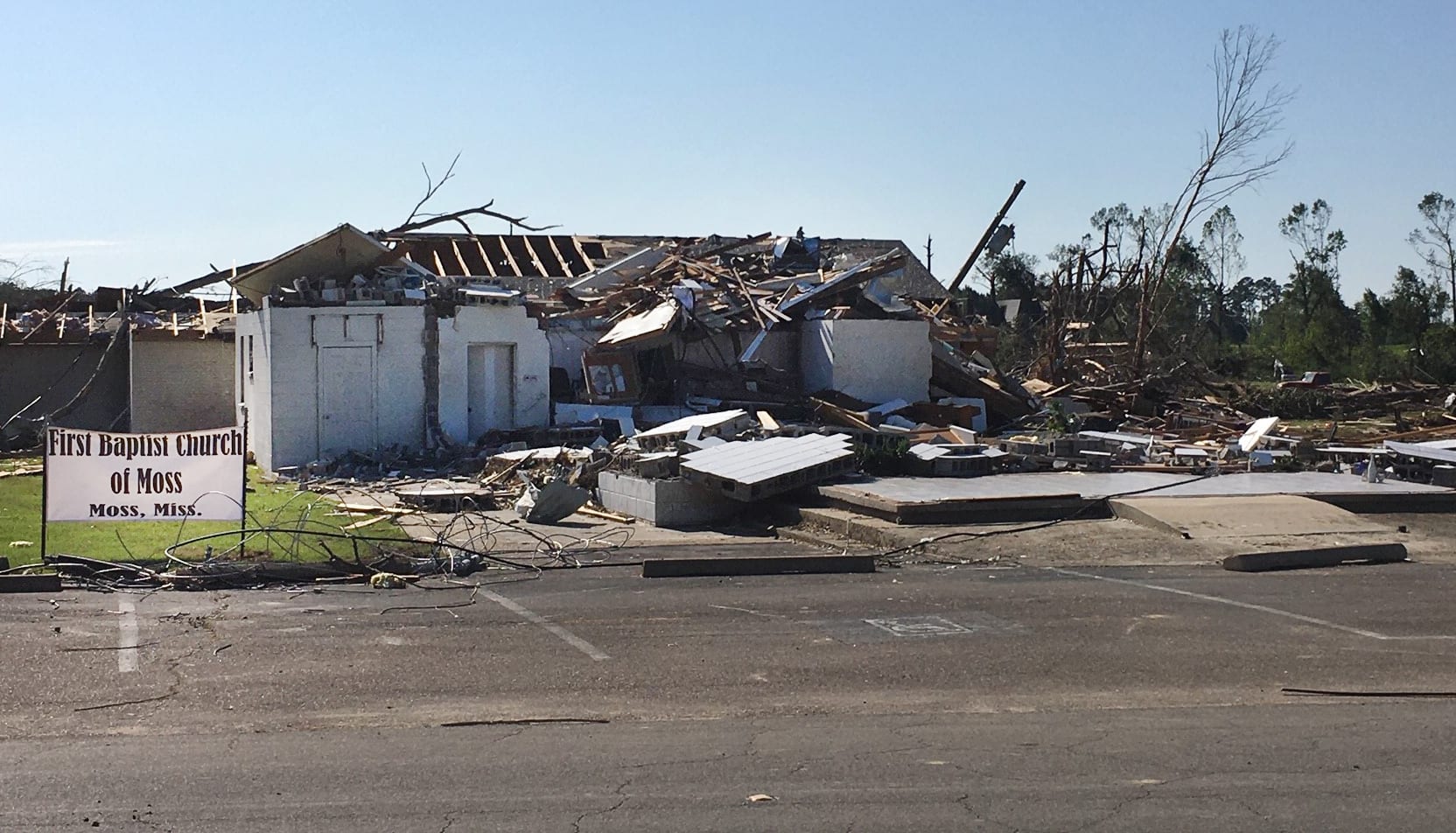