The El Paso Baptist Association (EPBA) launched its migrant center July 7 at Scottsdale Baptist Church, the latest step in a history of migrant ministry in this border city. But it’s what looms on the horizon that concerns EPBA executive director Larry Floyd.

At the end of July, he expects another influx of migrants due to the scheduled end of Title 42, a policy enacted by the Trump administration in March 2020 to strictly limit migrant access due to the possible spread of COVID-19. Despite undoing many of the previous administration’s border policies, President Joe Biden has kept Title 42 in place for now.

Floyd and those working with him don’t wade into the politics of the situation any more than necessary but instead focus on the immediate needs in front of them. That includes providing showers, clean clothes, hygiene kits and an evangelistic witness at the migrant center as well as working with Border Patrol agents and the U.S. Immigration and Customs Enforcement (ICE).

“This is a Christ-centered ministry,” he said. “We present the gospel and offer prayer. Disaster Relief through the Southern Baptists of Texas Convention provides showers and meals prepared in Scottsdale Baptist’s kitchen. There’s also a computer center with free Wi-Fi where migrants can connect to a sponsor who will provide them a place to stay.”

Currently the EPBA migrant center is receiving about a dozen migrants a day, Floyd noted. In August those figures could rise more than 100 per day.

Roughly 360 miles southeast in Del Rio, Texas, Shon Young prepared for another round of feeding border patrol agents July 15. A student missions team from Harmony Baptist Church in Ada, Okla., helped in setting up the grill for burgers and hot dogs as well as snack kits containing jerky, flavored water packets, thank you notes and invitations to church. Much of Young’s time recently has been spent helping feed approximately 350 border patrol agents stationed near this city of only 36,000.

Floyd and Young started City Church Del Rio in 2015. When Floyd left as pastor to join the EPBA in 2019, Young remained as associate pastor of missions and youth. That same year a coalition of area churches formed amid calls for help from the border patrol and were given specific areas to serve. City Church was asked to focus on migrants who were released after processing and needed help contacting a sponsor – usually a relative or friend living in the U.S.

“Our city is kind of small, and there aren’t a lot of travel options,” said Young. “There are only two buses and couple of flights out of Del Rio. Usually, the immigrants have a contact number of a sponsor, so we start there and help them make contact.”

Travel takes place by bus, plane and even a three-hour Uber van ride to San Antonio. Costs are typically covered by the sponsor and migrant, though in a few extreme cases the church has provided assistance.

A resident of Tijuana, Juvenal Gonzalez oversees ministry on the Mexican side of the border in his role as church planting catalyst for the San Diego Baptist Association. Each day, he drives into the U.S. to gather groceries and bring them back for association churches such as Calvary Baptist in Tijuana to prepare meals for migrants. In addition, churches also provide showers and a place to sleep. Recently, a missions team from South Carolina assisted them for a week-and-a-half.

“Our main concern is the children,” said Gonzalez. “We’re providing these meals six days a week for up to 600 people a day. They’re sleeping in the streets, so we bring them rice and beans, beef and chicken – whatever we can get to them.”

Send Relief does not currently have an ongoing coordinated response to border needs, said Josh Benton, vice president for North American ministry, but is active in providing resources and assistance as they are requested.

“We’re connecting with those churches, associations and states to learn more about their needs—whether that’s food, volunteers or something else,” he added.

One of the bigger challenges in discussions over border ministry, said Young, concerns what is seen on news reports. The migrants he works with aren’t drug dealers or gang members. They’re wanting to enter society and contribute. What’s more, the majority of migrants are coming from Venezuela, Cuba and Haiti, not Mexico. Floyd echoed that observation and noted that most of the migrants he sees are from Haiti.

Young said the up-close vantage point he gets clears up misconceptions of border ministry.

“When someone gets time here it changes their perspective a bit. You see the obvious needs of those entering our country. They’re going through crises and situations that are driving them to the border,” he said.

“There are a lot of people involved—agents working a lot of hours, churches, humanitarian groups, the nurse at the hospital who delivers the baby of a migrant. It’s like a triage situation at a hospital. You find out what people need and where they need to go.” 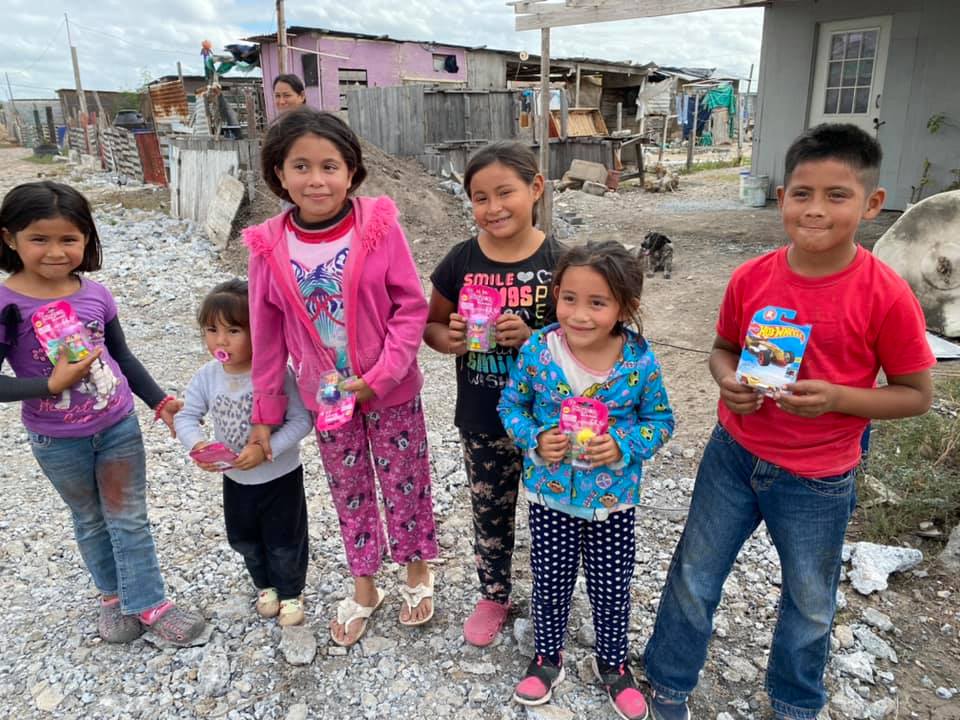