By the time Reuben Watson entered the care of Sunrise Children’s Services at age 11, he had attempted suicide “multiple times,” had lived in 13 foster homes and had been committed to “a few different” psychiatric hospitals and crisis units.

Strangers often treated him better than his biological mother, a paranoid schizophrenic he lived with the first 10 or so years of his life.

“There were times when I would have to break into my biological mother’s … bedroom to get food with a butter knife, because the door would be locked.” The “despair and hopelessness” that were constant in his childhood led him to attempt suicide twice by age 8, often saved by a biological sister.

Watson, an African American who was adopted at age 13, describes himself as a “Sunrise lifer.” He benefited from the institution supported by the Southern Baptist Convention Cooperative Program (CP) as a child, and is now helping other minority children as Sunrise’s director of diversity, outreach and advancement.

“My story is very similar to the story of a lot of the Sunrise children we serve, so that’s why I’m a Sunrise lifer, not because of choice, but little did I know that nearly 20 years later I would be back serving the same demographic of kids that I am,” Watson said. “And I get to be a story of hope to them.”

The CP is a Sunrise lifeline.

“To say it’s important would be an understatement,” Watson said. “There is the financial aspect, but most importantly … when you talk about doing the mission work that we do, it’s in line with the gospel, it’s in line with the work of Christ, and that would not be doable without the support of the CP. Most of those who support us are within our churches, and that’s what’s so beautiful about the work we do.”

Rick Burslem, Sunrise vice president for marketing and advancement, said “Sunrise would not exist without the CP.”

CP funds from Kentucky churches comprise about 15 to 17% of Sunrise’s budget, Burslem said, with the remainder of the dollars coming in reimbursements from the state for services rendered. He describes the in-kind support of Kentucky churches as invaluable, with churches adopting residential centers to supply specific needs. The help of the CP and the additional support from Kentucky Southern Baptists are particularly important when considering the statistics of the population Sunrise serves, Burslem said.

For three consecutive years, Kentucky has led the nation in child abuse cases, according to the U.S. Department of Health and Human Services. The state’s 20,130 cases in 2019 equal a rate of 20.1 child abuse victims per 1,000 children, compared to a national average of 8.9 per 1,000.

The in-kind support of churches helps to give a sense of normalcy to children served.

“Many of the 750-1,000 children who are cared for at all times by Sunrise have had some of the worst things humanly imaginable happen to them and in many cases by the hands of their own family members,” Gray said. “When Sunrise gets involved in their life these same children have an opportunity to receive help, care and safety in a Christian environment.”

For some time as an adult, Watson didn’t realize Sunrise was still in operation. But he was reconnected to Sunrise about four years ago when he met Sunrise President Dale Suttles during a pick-up basketball game at the Recreation Outreach Center of Immanuel Baptist Church in Lexington.

“It was a wonderful thing that was ordained by God to happen. … I shared my story with him. I talked about being in a children’s home growing up,” Watson said. “It just happened to be that he said, ‘That’s one of our homes.’”

Watson volunteered at Sunrise before joining the staff two years ago, and told Baptist Press the Lord continues to bless his work helping children of diverse ethnicities and ages.

“The struggle with fostering and anything like that is extremely difficult across the board, not just in representation with this organization but also with placing diverse populations,” Watson said. “Nationwide it’s very difficult to get teens placed in foster homes. A lot of the kids we serve at Sunrise specifically have very unique stories. They’ve got a past of trauma that’s really impacted them in a major way. That’s what’s unique about what we get to do as an organization.”

Watson sees James 1:27 as Sunrise’s mission, to care for orphans in their distress.

“Most importantly our goal is to share Christ within our community and with those who interact with us,” he said. “Certainly with the kids. In my role I’m here to help promote that, to help share the mission of God. Sunrise is just an avenue to be able to do that.” 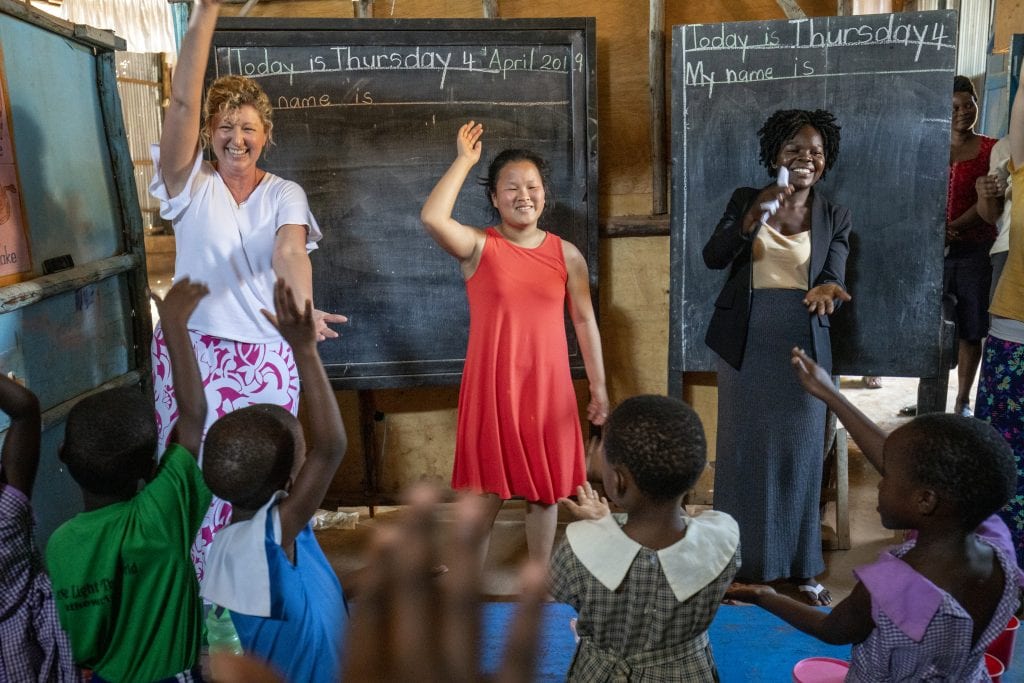