“Someone asked me the other day how I felt about launching a church this weekend,” Derrick DeLain, lead pastor of Proclamation Church said April 1 during a phone call. “I’m hyped, but like it is when you’re getting ready to play in a big game, you almost feel like you’re about to throw up, too. We’re excited about it and ready – Hey, you mind holding on a second?”

Pulling into the church parking lot, he spotted a man named David he’s befriended. David lives with other men at a nearby halfway house for those battling drug addictions.

“Hey David! How you doin’ bro?” he called out. “Are we going to see you Sunday? I hope so. Yeah, bring them on.” Back on the call, DeLain explained how relationships had been built with David and others as they walked across the church’s lot.

Such spur-of-the-moment ministry opportunities have become essential for pastors in general, and church planters like DeLain in particular, over the last year. COVID-19 threw an innumerable number of plans out the window, leaving leaders of all kinds scrambling to adjust.

Proclamation Church’s official launch took place on Easter Sunday, for instance. But the original launch was supposed to be at the beginning of the year. When the number of positive COVID-19 cases spiked around Thanksgiving, those plans were altered. Instead, an eventual “soft launch” began in January consisting of Proclamation Church and invited guests from the community.

After six years on staff as a campus pastor at The Summit Church in Durham, N.C., DeLain felt led to plant a church through The Summit in the Nashville area. So, his family and others moved as the core team that would make up Proclamation Church. Along the way, they became acquainted with Glenwood Baptist Church, a graying congregation wanting to increase its ministry presence in the area.

Last August, he and other members of the core team met with Glenwood Baptist. “I laid out a plan of revitalization that had them and us merging into Proclamation Church. I talked about strategies in discipleship, evangelism and other ministry areas,” he said.

Glenwood leaders agreed and that conversation lasted throughout the fall, with Sundays set aside for both groups to meet for worship. “We wanted to set a healthy DNA and structure with healthy systems,” DeLain explained. “Let’s build some rapport and get to know each other so we can trust each other.”

Church plants have become varied in both their locations and their approaches to launching, said Matt Maestas, a Kansas City-based North American Mission Board church planting catalyst for the SEND Network. And while Easter is a popular launching point, it’s definitely not the only one.

“I encourage church planters to also find times that reflect a ‘normal’ start for a community’s calendar,” he noted.

That includes the start of the school year, the calendar year in January or the start of summer. The last option, he pointed out, can serve to build momentum through events like Vacation Bible School or sports camps.

In general during 2020, Maestas observed church planters either pausing their launch for six months or longer, or continuing with their launch in a virtual context.

“It’s been really different, church to church, city to city – even within a city,” he commented.

That was the case even before the pandemic, but discussions over safety and masks were just as animated in new churches as they were in established ones. Those challenges considered, Maestas commended the overall leadership response to COVID-19 from pastors in all settings, not just those he knows personally.

“If you compare that leadership response from churches with those of the government, business and education, our church leaders knocked it out of the park. They shifted gears and made changes to connect with their people in meaningful ways,” he said.

At Proclamation Church, plans to delay its initial launch were already being discussed when a longtime member of Glenwood Baptist died from COVID-19. That led to an official decision to delay, not just because of obvious concerns about the virus’ spread, but its effect on senior adults wanting to rejoin their church family in person.

Like many church plants, Proclamation’s average age skews younger. But DeLain wants senior adults to feel safe attending and have a place to pour in their spiritual gifts. That diversity in age was his intention all along.

“We were praying for older people, some spiritual gray hairs, to be in our congregation,” he stated. “We want some Titus 2 women and men who have been around the block. When we first met with Glenwood, we felt this was God answering our desire for that.”

Since January, Proclamation Church held two “preview” services each Sunday in the 350-seat sanctuary formerly known as Glenwood Baptist Church. With social distancing and the wearing of masks, around 115 have been attending. During the week the church gathers in family groups – a practice that began last fall.

On his way from the halfway house this morning, David recognized DeLain and responded with a “What’s up, Rev? Yeah, I talked to the other guys, and we might show up Sunday.”

DeLain is encouraged by the inroads Proclamation has already established in the community. “Hopefully, those guys at the halfway house will come to know Jesus,” he said. COVID-19 has taken a toll in a lot of ways on people, he added, not just physically, but mentally in how it has affected the economy and relationships.

“So, when people ask me about launching a church this weekend, I say God has provided so far, and He’s still going to move,” DeLain said. “After all, He loves His church a lot more than we do and is going to take care of it.” 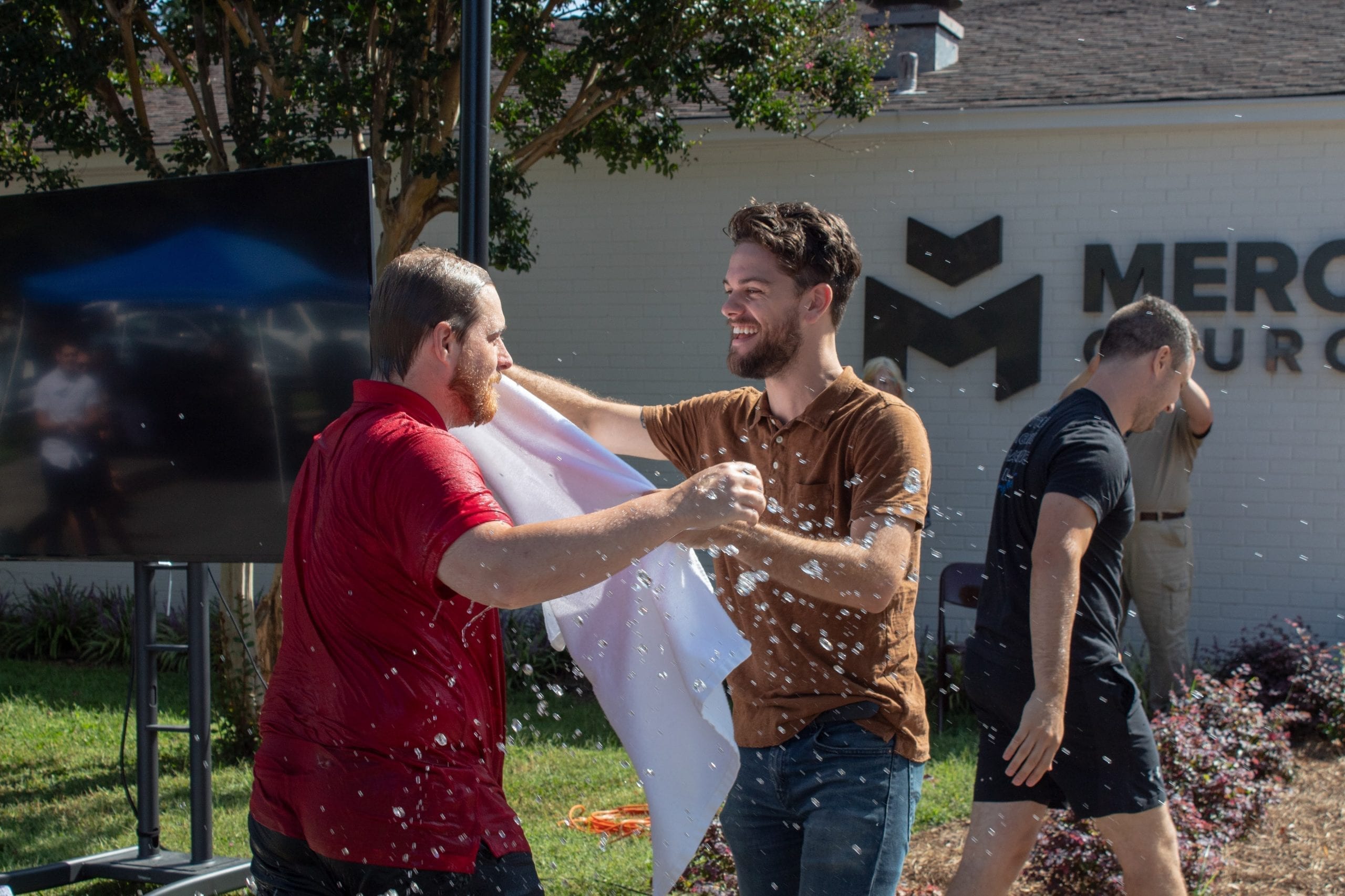