Mike Keahbone, pastor of First Baptist Church Lawton, Okla., not only played a crucial role in drafting a resolution decrying the forced conversion of Native peoples, but he has already begun to use the resolution as a way to minister to survivors.

Keahbone, a Native American with heritage from the Comanche, Kiowa and Cherokee tribes, served on this year’s Southern Baptist Convention (SBC) Resolutions Committee and helped write the resolution titled, “On Religious Liberty, Forced Conversion and the Federal Indian Boarding School Initiative Investigative Report,” which was adopted by SBC messengers in June.

July 9, Keahbone read the resolution from the platform at a “Road to Healing” tour event sponsored by the U.S. Department of the Interior in conjunction with the Federal Indian Boarding School Initiative. Secretary of the Interior Deb Haaland, who attended the event, is the first Indigenous person to serve in a presidential cabinet position.

The tour, a response to a recently released federal report documenting the forced assimilation and conversion of Native Americans, Alaska Natives and Native Hawaiians in the U.S. between 1819 and 1969, kicked off at Riverside Indian School in Anadarko, Okla., which, according to media reports, is believed to be the oldest boarding school in Okla., opening in 1871.

Keahbone said around 75% of the boarding schools mentioned in the federal report were located in Okla., which is why he, an Oklahoma pastor, felt led to attend the Road to Healing event, an opportunity for past victims of mistreatment in the boarding schools to tell their stories in an open-mic time.

The accounts shared at the event included one from a survivor who recalled being checked in and immediately taken to a church and forced to ask God for forgiveness for being Native American.

Keahbone said he didn’t even realize any of the survivors of the abuse were still living and described what he heard as “soul-crushing but very healing.”

“The powerful thing in that moment was I got to stand up and share this resolution and to say that Southern Baptists, the largest Protestant denomination in the country, is standing with Native peoples,” he said. “The language in the resolution was so powerful in saying we stand against these things that hurt you, and we stand for the things that will help you.

“We’re the first denomination that I know to recognize this report and say, ‘We love you, we’re on your side, and we’re praying for you.’ I could see it in people’s faces, and I had a few people come talk to me about it after the event.”

For Keahbone, the report and the stories are personal. His great uncle, a Comanche tribe member named Perry Noyobad, lived in one of the boarding schools and was subjected to abuse such as punishment for speaking his native language.

Noyobad would later use that same language as a World War II code talker, helping the Allies communicate messages without fear of interception.

Keahbone said when his uncle was asked why he would serve his country in this way, he would say he was not fighting for what America was at the time, but for what he believed America could be.

The federal report released in May is Volume 1 of a full investigation carried out by the Bureau of Indian Affairs within the Department of the Interior. Titled “Federal Indian Boarding School Initiative Investigative Report,” the report said Native peoples were specifically targeted with these efforts of forced conversion and assimilation in order to systematically remove them from their native lands.

The instances of forced conversion or assimilation often took place in the form of mandatory boarding schools. Although Southern Baptists are not specifically named in the report, it does say many of these boarding schools were run with the help of churches from various denominations.

The report was the inspiration for the resolution Keahbone wrote with fellow pastors J.T. English (Storyline Fellowship in Arvada, Colo.) and Jon Nelson (Soma Community Church in Jefferson City, Mo.)

“I read all 95 pages of the report and my initial response was filled with anger and sadness because it was starting to fill in the information gaps that I had lived with my entire life,” Keahbone said.

“I learned that some of my family members were just treated like wild animals and they were simply stuck in survival mode. It was gross, ugly and it started to become personal.”

The resolution he helped craft rejects any type of forced conversion or assimilation of Native peoples as antithetical to Southern Baptist beliefs about the Great Commission, religious liberty and soul freedom.

“I had never drafted a resolution in my life, and I had never even been to an SBC annual meeting in person before this year, but I really felt like this was an important thing for us to recognize,” Keahbone said.

“Bart Barber (chair of the 2022 Resolutions Committee) read every page of the report and got back with me and said we need to do something with this. Everybody on the committee was so supportive of the resolution and agreed it needed to be addressed. They allowed me to be the one to present it, and the response from the convention was overwhelming, awesome and did a lot of good for my heart.”

When thinking about his own service to Southern Baptists, both as a pastor and as a member of the SBC Executive Committee, Keahbone remembers his uncle’s philosophy as well as the impact Southern Baptist ministry has had on his own life.

He recalls the way Southern Baptists ministered to him as a young boy growing up in the Comanche tribe, and explained his first exposure to Christianity and the Church was through Vacation Bible School (VBS) at First Baptist Church Elgin, Okla.

At VBS, he experienced “safety, kindness and love,” he said. This gospel impact still drives him as he serves Southern Baptists, both for who they are and who they could be.

“I understand the impact of the gospel in my life, and I was introduced to that gospel through some godly and amazing wonderful Christian people at First Baptist Church Elgin,” Keahbone said.

“They became a family to me, and I became a part of something and I didn’t really realize it. All I knew was through these people I learned that God was real. I’ve just seen the Lord work too much and too often in my life to just give up on our Convention. I just believe it’s worth fighting for. Amidst all the ugliness that we see, we are still people who proclaim the gospel and we take the gospel all over the world. The Lord’s hand is on us, and He’s not done with us yet.” 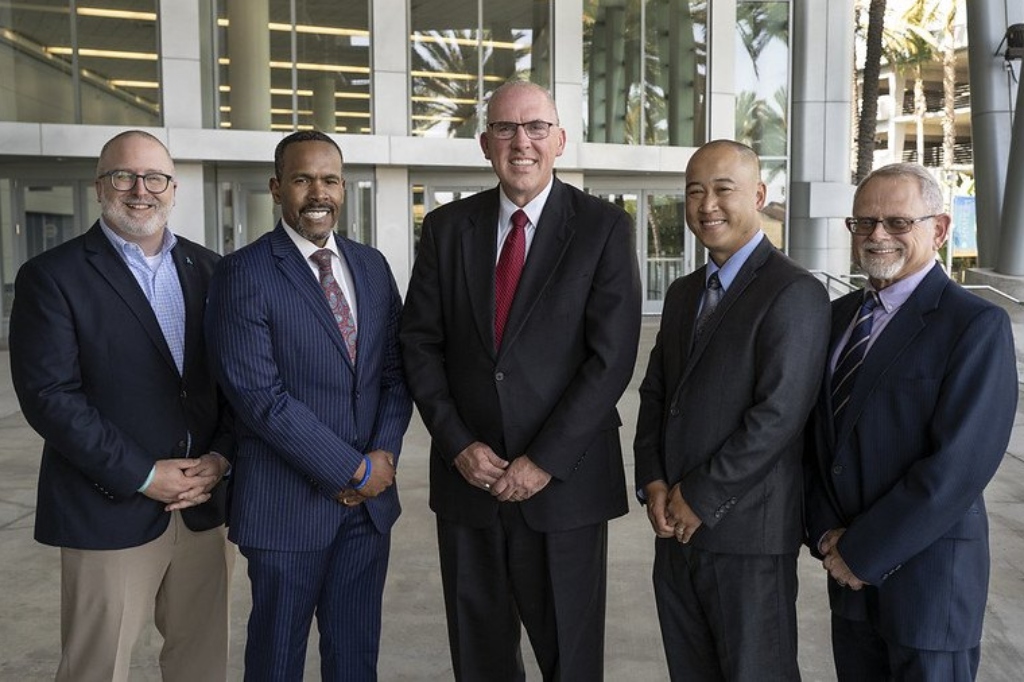 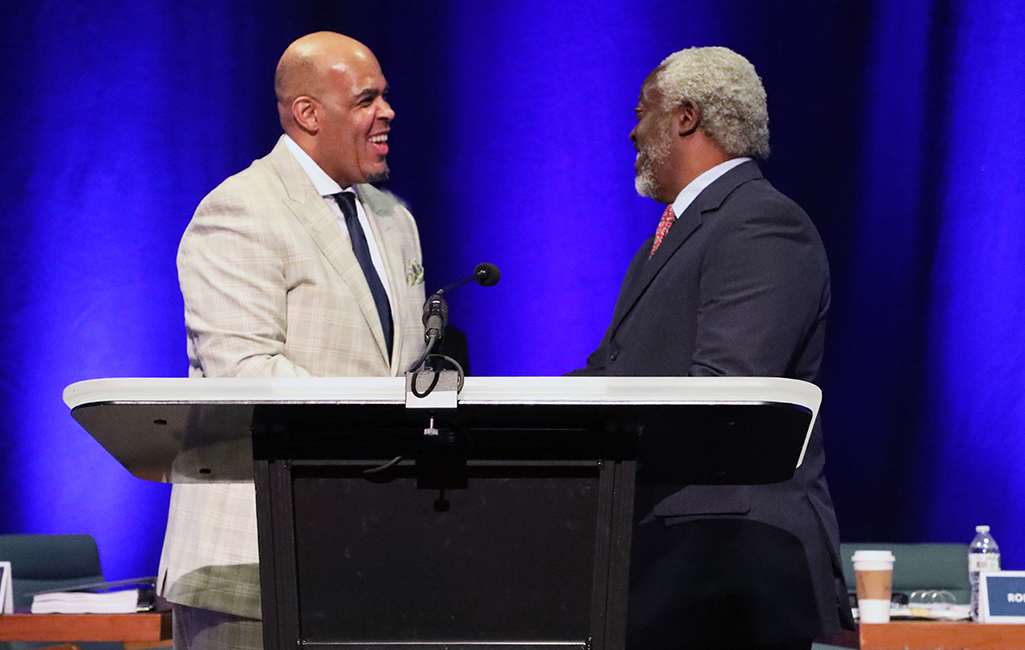