“I have known Ed Litton for over 20 years. Our relationship started when we preached for each other as part of the SBC Racial Reconciliation Sunday during the month of February,” Luter told Baptist Press. “From there our relationship developed to more than just colleagues to bring races together. We both shared the hope of drawing people closer to a relationship with Jesus Christ and then growing disciples for Christ. In both of our churches our focus has been the same all of these years.

“That’s why I am honored to nominate Ed Litton as the next president of the Southern Baptist Convention. With Ed’s commitment to the Great Commandment and the Great Commission, he is what our convention needs to help us refocus and recommit to the biblical principles of what this convention has been known for – evangelism and discipleship.”

Since 1994 Litton has been pastor of Redemption Church in Saraland, Ala. – known as North Mobile Baptist Church until 2014. A Southwestern Baptist Theological Seminary graduate, Litton served at First Baptist of Euless, Texas, in the college and career ministry and in the Arizona Southern Baptist Convention Evangelism department. In 1987 he planted Mountain View Baptist Church in Tucson, Ariz.

Litton’s wife Kathy – they married in 2009 after both lost their first spouses – was elected registration secretary at the 2019 SBC annual meeting. Citing a desire to “help maintain the highest standards of integrity in our voting processes,” Kathy Litton sent a letter of resignation from that position yesterday to SBC Executive Committee President and CEO Ronnie Floyd and SBC President J.D. Greear.

Ed Litton has also served in numerous roles in SBC denominational leadership, including the Resolutions Committee, Committee on Committees, as president of the SBC Pastors’ Conference and on the boards of various seminaries.

In 2001, Luter gave the nomination speech that led to Litton’s becoming SBC first vice president. Twenty years later, he feels Litton is the right leader at the right time for a new role.

“Ed has a deep love for God and for people,” Luter said. “I truly believe he can help ease divisions that are happening among us and point us toward our mission.”

For the last six years – following the riots in Ferguson, Mo. – Litton has been involved in The Pledge Group of Mobile, a diverse group of area pastors seeking to further racial reconciliation. In late October he helped write the “Deep South Joint Statement on the Gospel, Racial Reconciliation, and Justice.”

Those early meetings took place with area clergy, judges and civic leaders over lunch in the conference room of a local car dealership. Litton remembered them as uncomfortable, but necessary to lay the groundwork for progress.

“There were tense and painful moments,” he said. “We began to listen and learn about perspectives. In time and through the work of the Holy Spirit, God began to build genuine love and respect for each other. We began spending time with one another apart from our conversations.”

Litton said that amid a spirit of division in the country, Southern Baptists should be leading the way toward unity.

“Recently, I shared with my church, ‘A deeply divided nation needs a deeply united church,’” he said. “Simply and honestly, we are not there as a convention of churches. I fear our credibility is faltering. While the world waits deeply in need of Jesus, we have seen division grow in our SBC family.

“We have been blessed as Southern Baptists with strong churches, strong pastors, leaders and theologians, but what we need is a broken and contrite heart. We need to reemphasize our common mission, committed together and following Jesus. Being yoked with Jesus will do something even greater for the soul of our convention and it will fuel the fire for the Great Commission, our primary purpose in being united.”

During Litton’s pastorate at Redemption, the church has averaged nearly 152 baptisms annually since 1994 with resident membership growing by 27.3% over the last 10 years. From 2018-20 the church averaged 3.66% of undesignated gifts given through the Cooperative Program. From Sept. 2019 through Aug. 2020, it also contributed 12.33% of its undesignated budget through Great Commission Giving.

In a statement announcing her resignation as registration secretary, Kathy encouraged the Executive Committee to ask Missouri Baptist Don Currence, who finished second to Litton by a narrow margin in Birmingham, to fulfill the position.

“He has previously held this role and provided exemplary service to our SBC family,” she said. “He will administer the voting process with the highest of standards.”

In accepting the upcoming nomination, Ed Litton nodded toward the concern of declining numbers among Southern Baptists, while in turn pointing toward the trait that should be witnessed by the world.

“John 13:35 reminds us that ‘By this all people will know that you are my disciples, if you have love for one another.’ Our love would be the critical ethic and apologetic to all people,” he said.

“As a convention of churches, we need a greater vision than merely slowing a decline. What if the SBC would become known for how radically we love God, love one another and love the world? Genuine, transforming love is the credibility and the fuel of a believer, a church and a convention on mission. I’m allowing my name to be put forward because I want us to be the convention God has called us to be.” 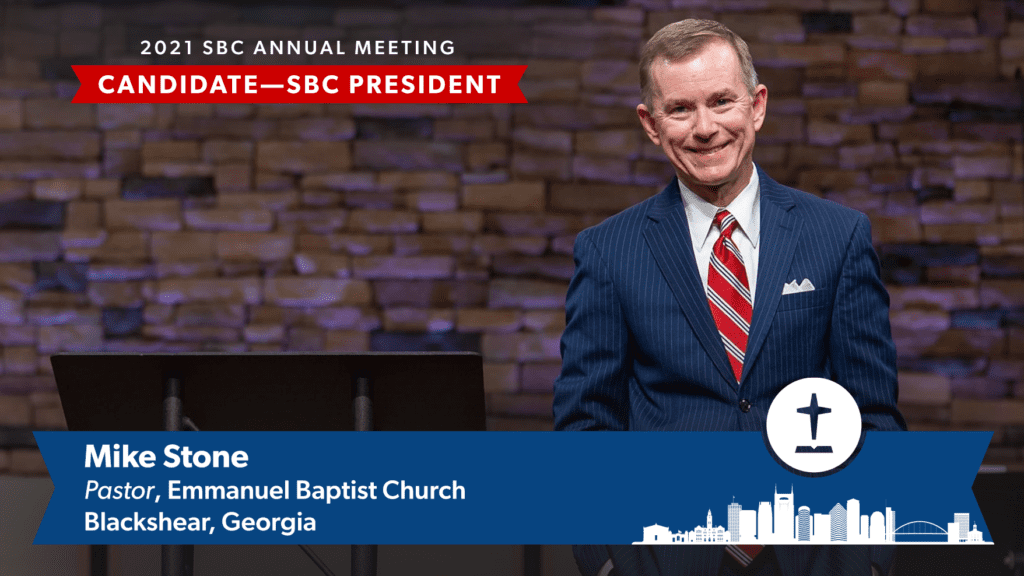 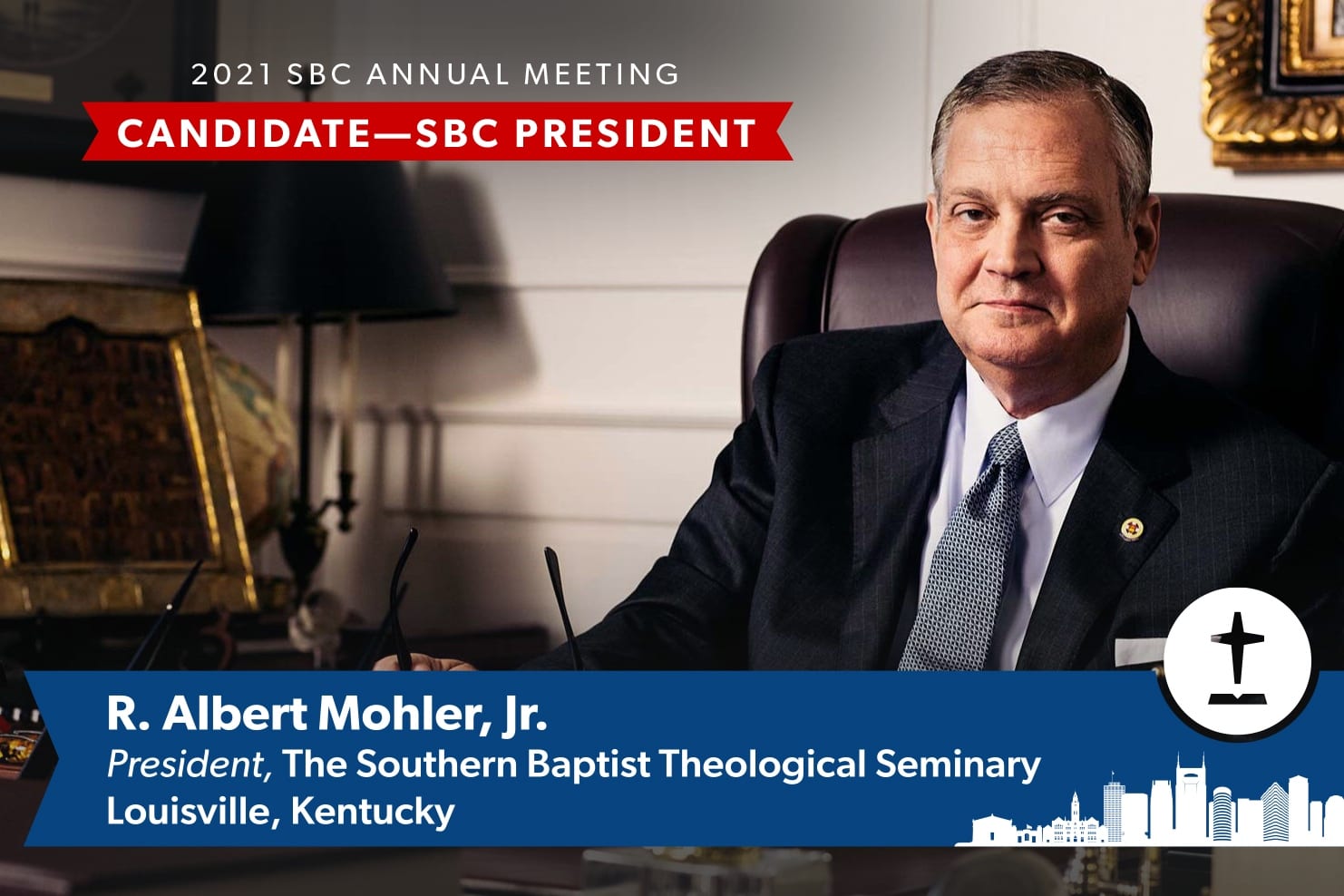