Saying they remain committed to working “in harmony with the Southern Baptist Convention and our entities to address the concerns of the African American community,” the National African American Fellowship of the Southern Baptist Convention (SBC) issued a statement March 24 asking presidents of SBC seminaries to take steps to help defuse current racial tensions within the convention.

The statement encourages all Southern Baptists “to unite around the essentials of our faith, and in the nonessentials, maintain a spirit of charity,” focused on living out the Great Commandment in pursuit of the Great Commission. Marshal Ausberry, who is NAAF’s president and also first vice president of the SBC, said the fellowship is “trying to make a pathway forward that works for all of us.”

Ausberry, who is pastor of Antioch Baptist Church in Fairfax Station, Va., said the statement released Wednesday was a response to questions he and others have been asked by African American pastors since a meeting in January of a multi-ethnic group of Southern Baptist leaders. During that meeting, held virtually, NAAF officers and the seminary presidents addressed turmoil resulting from several statements that had been issued by SBC-affiliated groups concerning Critical Race Theory (CRT) and race relations.

“We felt we really needed a public comment that expressed where we are,” said Ausberry of Wednesday’s statement.

The conflict was initially sparked by a statement issued Nov. 30, 2020, by the Council of Seminary Presidents reaffirming the Baptist Faith and Message 2000 and condemning “racism in any form,” but saying that “affirmation of Critical Race Theory, Intersectionality and any version of Critical Theory is incompatible with the Baptist Faith & Message.” On behalf of NAAF, Ausberry issued a response Dec. 11 affirming the Bible as supreme and sufficient, but recognizing “there are ideologies from a sociological and anthropological perspective when used appropriately, help us to better understand the inner workings of a fallen and sinful world.”

On Wednesday, Ausberry said: “We are not defending CRT, [that] has been misconstrued. We felt the seminary presidents’ statement went too far in dismissing CRT in all its forms.”

In its statement, NAAF said “certain limited insights from CRT, not as an ideology or worldview, can be useful to identify and repudiate racial bias and systemic racism in organizations and institutions. We believe that discussions on systemic racism and racial injustice requires understanding, patience and grace.”

With the goal of “bringing healing and a better understanding among Southern Baptists,” NAAF asked the seminary presidents to co host open forums with NAAF on biblical approaches to addressing systemic racism; to require in curriculum a course on the historical and theological understanding of race and racism in America; and to acknowledge that in their statement Nov. 30, the seminary presidents were “speaking for their seminaries and not for the SBC.”

The Dec. 11 statement by NAAF said ideologies do not supplant the supremacy of scripture and “where such ideologies conflict with scripture, it is scripture that governs our worldview, our decisions, and our lives.” Ausberry reiterated that Wednesday to Baptist Press (BP), but he said the seminary presidents’ November statement “had the effect of dismissing the lived experience of African Americans with racism in America.”

“We keep hearing that resoundingly throughout the pastors we’ve talked with,” Ausberry said, “that they have been disappointed – and their congregations, a number of pastors said their congregations are examining, because of the seminary presidents’ statement, whether they remain in the convention.”

Ausberry said the purpose of the statement Wednesday was to “truly, from a heartfelt standpoint, to share sincerely and objectively where the African American pastors are coming from, and striving to be helpful and not hurtful.”

In a joint statement after the January meeting of SBC leaders, participants described “an honest and open conversation, hearts to hearts,” and committed to continuing conversations “to work together to serve the cause of and to further the work of the Southern Baptist Convention.” They also said they were “committed to listen to one another, speak honestly and to honor our common commitment to the inerrant Word of God and the gospel of Jesus Christ.”

The issue of CRT/Intersectionality has been percolating in the SBC since messengers to the 2019 SBC annual meeting passed Resolution 9, which affirmed the sufficiency and supremacy of Scripture and rejected the embrace of CRT as a worldview, while suggesting it “should only be employed as analytical tools subordinate to scripture.”

In response to Wednesday’s statement by NAAF, Danny Akin, president of Southeastern Baptist Theological Seminary, said the seminary presidents “speak for ourselves and our seminaries alone,” and noted that in the November statement, the Council of Seminary Presidents was “seeking to speak clearly about the teachings on each of our campuses.”

“We do not speak for the Southern Baptist Convention, but we are accountable to it, to teach in accordance with and not contrary to the Baptist Faith and Message,” Akin said in a statement provided to BP. “It was in that spirit and In light of current conversations in our Convention that we addressed the issues of both racism and CRT.”

Akin said the seminary presidents “remain committed to condemning and fighting racism in every form, personal and structural, in consistency with the 1995 SBC Resolution on Racial Reconciliation and the Baptist Faith and Message. We also want to move forward together and foster seminary campuses that make brothers and sisters from every tribe, tongue, people and nation welcome.”

Akin said SBC seminaries have implemented and attempted “a number of efforts to that end,” but said they “always welcome further recommendations and suggestions.”

“We know much work remains, and we will seek to be faithful to Christ as we all work together to proclaim the gospel, build the church and reach the nations,” Akin said.

In its statement Wednesday, NAAF echoed the sentiment and asked “all Great Commission-minded believers” to pray and seek unity in the Great Commandment – Jesus’ call in Matthew 22:34-40 for believers to love God “with all your heart and with all your soul and with all your mind,” and to “love your neighbor as yourself.”

“As we continue to work with the [Council of Seminary Presidents] and SBC leaders,” NAAF wrote, “we call on all Southern Baptists to pray that the Spirit of Christ will enable us to demonstrate greater sensitivity in our actions with every tribe, language and peoples.”

Here is the full statement from the NAAF of the SBC:

One of the National African American Fellowship’s purposes is to sensitize SBC leaders to concerns in the African American community. In this spirit, NAAF met with the SBC Council of Seminary Presidents on January 6th, has communicated with written letters and submitted recommendations to the Council of Seminary Presidents to provide a pathway towards restoring unity within the Convention. Accordingly, NAAF releases the following statement:

On December 9, 2020, The National African American Fellowship expressed its objection to the Council of Seminary Presidents’ statement asserting CRT’s incompatibility in all its forms with the Baptist Faith and Message in a published statement on November 30, 2020.

In light of the above, and as a way forward in bringing healing and a better understanding among Southern Baptists, we have asked the seminary presidents to:

1. Join the NAAF in co-hosting a series of open forums to facilitate conversations among Southern Baptist on biblical approaches to addressing systemic racism in our institutions, organizations and churches;

2. Require a course related to the historical and theological understanding of race and racism in America and its impact on society to be included in their standard curriculum; and

3. Acknowledge that the CSP was speaking for their seminaries and not for the SBC.

We have also asked the CSP to create safe spaces on their campuses and in their curriculum, where race and racism can be discussed and studied. These discussions would help create cultural competencies in our future pastors, church leaders, and SBC leaders.

We further recommend that in light of the ongoing realities of racism, the CSP should develop biblically-based methodologies designed to identify and address systemic racism.

We are deeply disappointed that the CSP has not moved from their original statement of CRT’s incompatibility in all its forms. We feel that the tone, tenor, and timing of the CSP statement has undermined the extraordinary efforts put forth by many Black and White Southern Baptists to build unity in the body of baptized believers and has placed many African American Southern Baptist pastors, leaders and students in an untenable position. We further believe that the CSP should publicly acknowledge the pain and harm caused but their statement.

Over the last year, there has been much division and tension in the SBC. As we continue to work with the CSP and SBC leaders, we call on all Southern Baptists to pray that the spirit of Christ will enable each of us to demonstrate greater sensitivity in our interactions with every tribe, language, and peoples.

We remain committed to our purpose to work in harmony with the Southern Baptist Convention and our entities to address the concerns of the African American community. 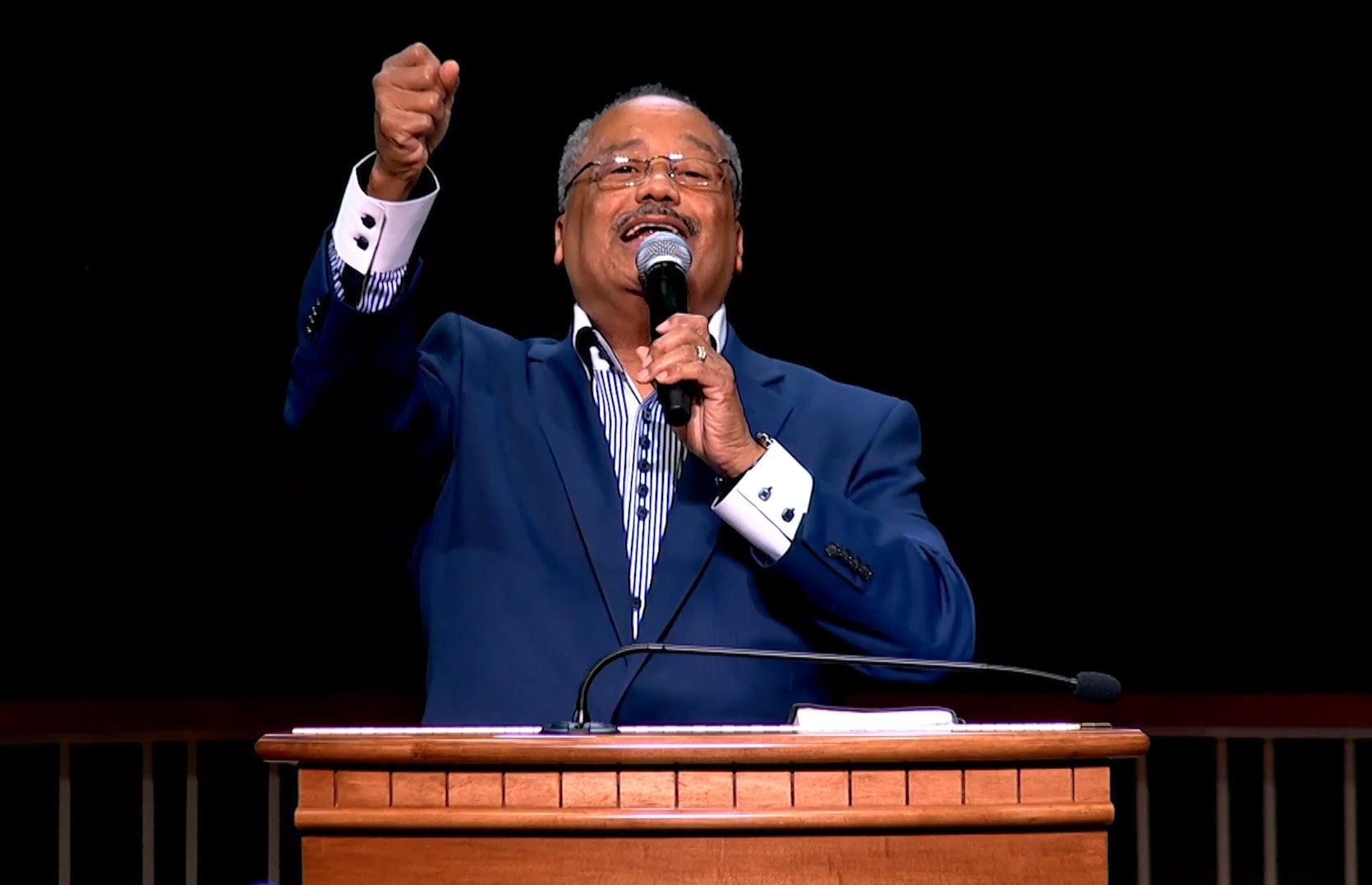 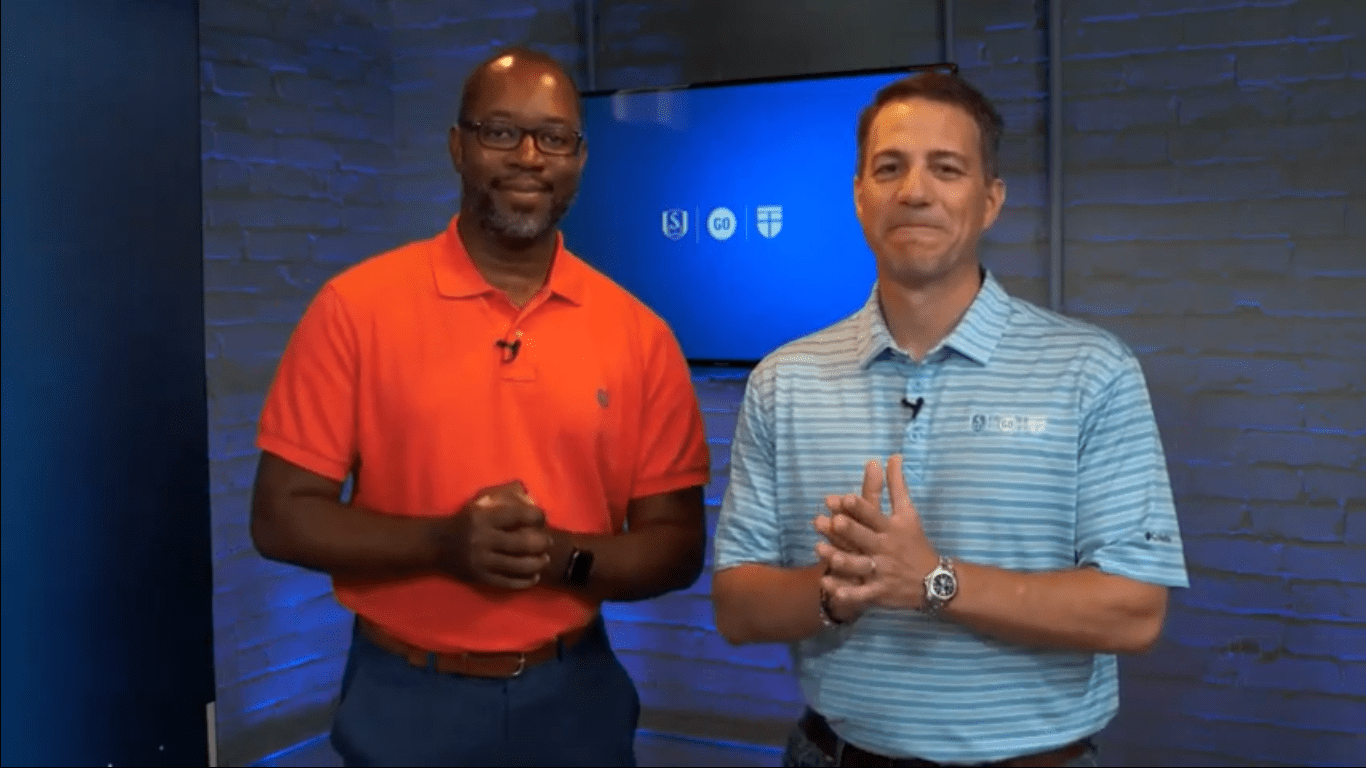