Does justice or profit drive abortion?

By now, the controversy in Texas over the Supreme Court allowing its near total ban on abortion to take effect has become part of the public ether. For some, the current moment offers a foretaste of what a post-Roe world could look like.

For others, it is a dystopic descent into a religious theocracy. But in this intervening period where the Texas Heartbeat Act is in effect, it is worth wondering if the threat of financial ruin brought on by the prospect of the law will lead to the continuation or a decrease in abortion.

Whether it continues or abates is a valuable opportunity to unearth what is really at the center of abortion and why abortion receives the degree of protection it does in our country. In short, it’s a question of justice. Is abortion a natural right worthy of pursuit and protection no matter the cost, or is it something else?

There is no right to an abortion before God or before the Constitution. Legal rights are enacted to protect natural rights. Natural rights are those attributes of human personality so essential to human happiness and human flourishing that to deny the exercise of these faculties is to deny citizens their right to basic self-constitution. Abortion fundamentally negates this. Rather than allowing life, it ends a life. In the Christian tradition, abortion is never a right, and the only reason it is in our public lexicon is because “rights” talk has been completely severed from its Christian beginnings.

But that brings us to our central concern: If abortion is not happening with the frequency its proponents demand is essential, it raises the question of whether the cause of abortion is grounded in the sacrosanct category of a right, or whether access to abortion is about something more fundamental, namely, profit.

If abortion access is about a so-called “right” to reproductive justice, it would seem essential that for the sake of justice and the common good that abortion providers break the law, engage in civil disobedience and pay the consequences for their prophetic indignation.

This is what the classic formula is when it comes to engaging in civil disobedience. It is what motivated Martin Luther King Jr., and he appealed to it in his famous Letter from a Birmingham Jail. Citing the Christian natural law tradition, he appeals to the existence of a moral law that offers a higher standard to define what is just. “A just law is a man-made code that squares with the moral law or the law of God,” King writes. “An unjust law is a code that is out of harmony with the moral law. … Any law that uplifts human personality is just. Any law that degrades human personality is unjust.”

Abortion as predatory and lucrative

If abortion is morally right, it should align with the moral law of God and be pursued regardless of the consequences. In this scheme, a failure to offer abortion services for fear of legal challenge is, in effect, a refusal to honor one’s conscience. But as of right now, there is no push for civil disobedience in Texas. It is likely that abortion numbers will dramatically decrease. Why, though? If the cause is righteous and truly grounded in a right, these so-called enablers of justice should be bursting through the legal barricades to do what they know is right.

All of this just exposes the abortion lobby for what it is: a predatory scheme that traffics in “compassion” while garnering rich profits in the form of human death. Abortion providers do not really care about women. They do not really care about rendering justice. They care about the profit margin that an unplanned pregnancy garners them and their investors. It is an unspeakably sordid reality – in America, people are becoming rich off murder.

God is the author of life (Acts 3:15). The truth is that every person is made in God’s image (Genesis 1:27). The Bible tells us that. Human embryogenesis tells us this, too. Every person was once a “fetal heartbeat” or “cardiac activity.” We only use such inane, vacuous euphemisms because our morally bankrupt culture has no honest reckoning with teleology.

The problem with culture is not that personhood is not known or apparent, but that we know it is real and suppress this truth with euphemisms, reducing human origins to “electrical activity,” as NPR did. We are a Romans 1 nation drinking from the cup of judgment. Only biblical judgment means getting what we want no matter the cost to ourselves.

(EDITOR’S NOTE – Andrew T. Walker is associate professor of Christian ethics at The Southern Baptist Theological Seminary and a fellow with The Ethics and Public Policy Center. This article originally appeared at ERLC.com.) 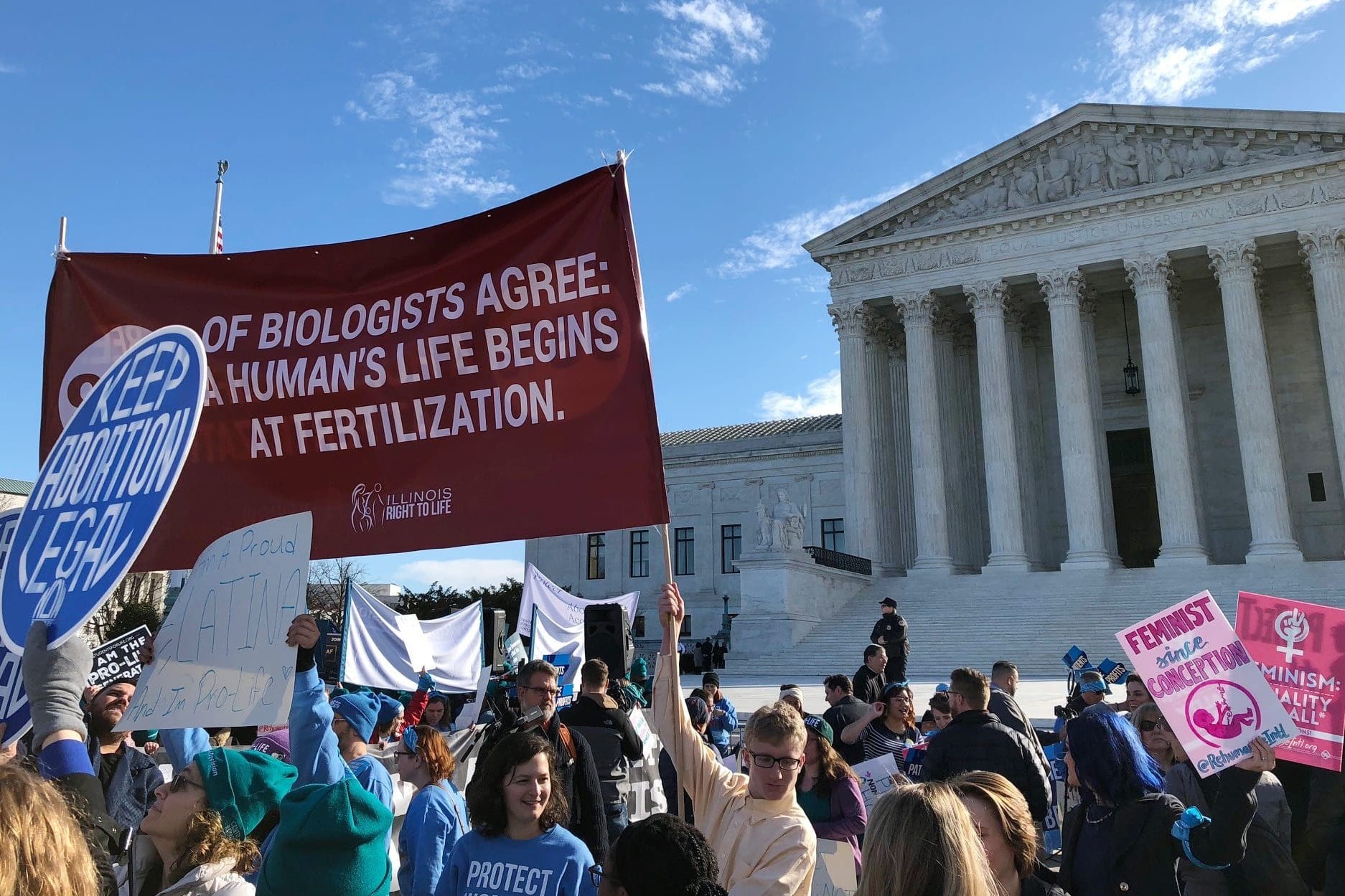